Extension of service for Perm Sec: Oyo-Ita to appear before Reps Thursday 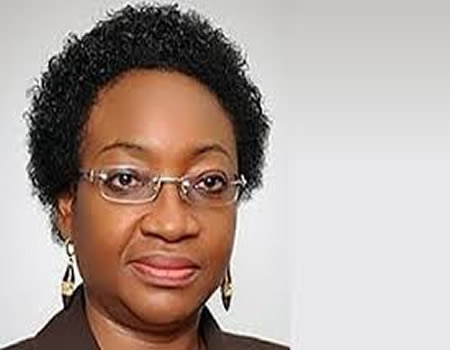 The Head of Service of the Federation, HOSF, Mrs Winifred Oyo-Ita is to appear before the House of Representatives Committee on Basic Education over the extension of Service granted to the Permanent Secretary of the Federal Ministry of Education, Dr Jamila Shu’arau.

She would appear with all the documents relating to the further extension of service granted the Permanent Secretary as requested the Honourable Zakari Mohammed led Committee on Basic Education has been probing the circumstances that led to the extension.

The HOSF had appeared before the Committee on Tuesday without the documents as earlier requested which prompted the Committee to give her up till 12 00 pm today to come up with the relevant documents.

The Committee members had while giving the last chance to produce the documents  expressed their anger over  the failure of the HOSF to come along with the documents and warned her to come with them if any by 12 00 to in her own interest or face severe sanction.

While ruling on the matter, the chairman of the Committee, vowed that the Committee would pursue it to logical conclusion no matter whose horse is gorged in order to put an end into such practices as lawmakers.

According to him, “we as parliaments will pursue this  matter to a logical conclusion, we are not happy with the manner the Head of Service is handling this matter.

“This Thursday will be the last day we will deal with this matter, you must come with all the require documents, you must tell this Committee  everything you know about the matter.”

When some members asked the HOSF if she had any reason why she would not be able to come with the documents as requested to disclose such reasons  to the Committee, the Chairman of the Committee overruled them.

According to him, “We don’t want to know if there is any reason or reasons now please, she must appear here by 12 noon on Thursday.”

She however agreed to appear before the Committee at the appointed day and time.