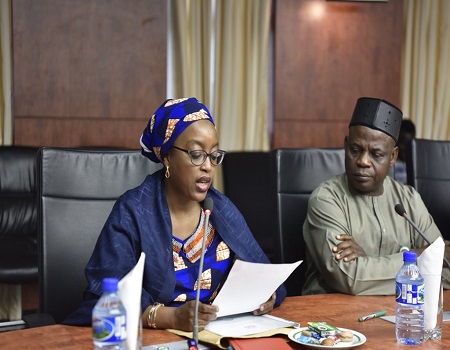 Share
The Attorney General of Kaduna State and Commissioner for Justice, Aisha Dikko has said communities should be bold to expose sexual offenders such as sexual abuse, sexual assault, sexual harassment, sexual exploitation, child rape and child Molestation to the relevant authorities.
The Commissioner who spoke at the International Women’s Day, listed family and community meddlesomeness as obstacles that obstruct the prosecution of  Sexual and Gender-Based Violence offenders.
In a press statement issued by her Special Assistant on Media and Communication, Hadiza Ismail on Tuesday, the Commissioner emphasized the need for perpetrators to be punished to serve as a deterrent to others.

‘‘Sexual and Gender-Based Violence is a criminal offence that affects not just the victims but the state as a whole. Anyone found guilty will be prosecuted in accordance to the laws of the state,’’ the statement quoted the Commissioner.
The Commissioner further said that Kaduna State is continuously putting structures in place to ensure the prosecution of offenders, by establishing and strengthening law reforms for easier administration of justice.
She pointed out that the Kaduna State Violence Against Persons (Prohibition) Law, 2018 has been enacted to prohibit all forms of violence or abuse such as sexual abuse, sexual assault, sexual exploitation or sexual harassment.

‘’The State Government also passed the Kaduna State Child Welfare and Protection Law, 2018, which protects the rights of children in the state. It was also enacted to address the issues of child rape and other forms of child molestation,’’ she added.
‘’Similarly, the State Government has enacted the Kaduna State Witness Protection Programme Law, 2018, to protect witnesses and encourage report of rape incidences and other forms of crimes,’’ she further said.
Also speaking at the event, the Deputy Governor, Dr Hadiza Balarabe, said that the Malam Nasir El Rufai-led administration is determined to curb the disturbing menace and to ensure that victims get justice.
The statement recalled that the community engagement was organized by the Ministry of Human Services and Social Development, with the support of the Kaduna Office of United Nations Population Fund and Gender-Based Violence Response Team at Rigasa in Igabi local government Area.
The statement said that Commissioner for Human Services and Social Development, HajiyaHafsat Baba encouraged people to make use of the Sexual Assault Referral Centres created to handle Sexual and Gender-Based Violence in the State.
Hajiya Hafsat added that members of Kaduna State Gender-Based Violence Response Team are present in the four Sexual Assault Referral Centers across the state.
The Commissioner listed  Gwamna Awan General Hospital Kakuri, Sir Patrick Ibrahim Yakowa General Hospital Kafanchan, Hajiya Gambo Sawaba General Hospital Zaria and Yusuf Dantsoho General Hospital Tudun Wada as having referral centres.
According to HajiyaHafsat, these referral centres provide specialized medical as well as psychosocial support for rape or any sexual assault victim.

You Cannot Close Down Schools And Ask Parents To Go To Work, Aisha Buhari Tells Governors