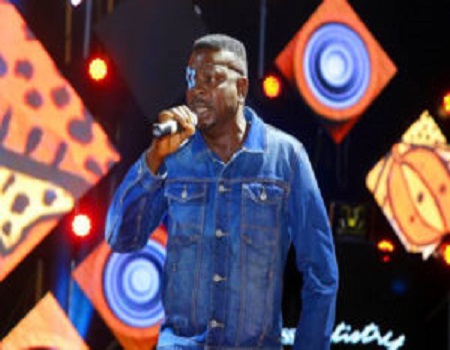 POPULAR ghetto artist, Friday Igwe, popularly known as Baba Fryo, has urged the government to explore the power of entertainment by getting more involved in the industry.

Speaking with the News Agency of Nigeria (NAN) in Lagos on Friday, the Ajegunle, Lagos-based gheto singer said that entertainment, especially music, was an indispensable force in the society.

“Music is used to pass messages across in all areas of life.

“It is used every time, be it in times of celebration, death or war.

“Even actors and movie producers make use of music in their movies,” he said.

He added that once the government gave full support to the growth of entertainment, the nation would move forward as a whole.

“The government should look in our direction because we’ve done our part.

“With their support, we will do greater things.

“There’s nothing bad about having a mini theatre in a place like Ajegunle.

“Apart from being an entertainment site, it will also help to generate revenue which will further be used to develop the community,” he said.

Fryo, who had not been active in music for some time, further told NAN that bigger things were coming from him.

“I want to try my hands on some songs which I’ll release as singles.

“Since that’s what younger acts are into, it would be nice to do the same.”

He also urged other ghetto entertainers to come together to make the society great.

“I don’t have any religion I preach other than love.

“When we walk in love, everything good will come to us,” said Fryo, also known as “Denge Pose King.”