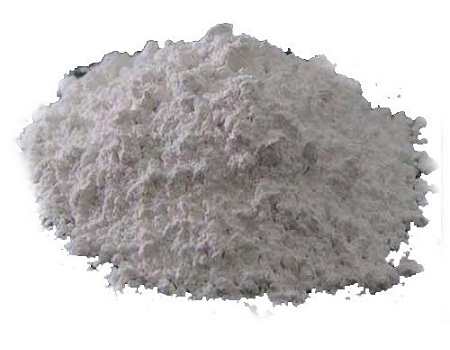 SOME experts have warned against the prevailing practice of using calcium carbide and other chemicals to artificially ripen fruits, vegetables and foodstuff by farmers and traders across the country.

The experts issued the warning in separate interviews with the News Agency of Nigeria (NAN) on Monday in Abuja.

They said some of the various diseases experienced in the country could be traced to this practice.

Mr Abubakar Sadiq, Director, Food Hygiene Initiative of Nigeria, Nasarawa State Command, who condemned the practice, blamed it on the ignorance of users of these chemical substances on their effects on human health.

Sadiq explained that such application could cause fruits or foodstuff to lose the natural supplements they were meant to provide to the human body.

According to him, calcium carbide or chemical treatment of foods is extremely harmful because they contained traces of arsenic and phosphorous substances.

Sadiq, who is also a food scientist, says that once these chemicals dissolved, they produce acetylene gas which could be absorbed into the body of foodstuff, thereby becomes dangerous for human consumption.

“The forceful ripening of fruits means they may contain various harmful properties.

“Calcium carbide treatment of food is extremely hazardous because it contains traces of heavy metal arsenic and phosphorous substances,’’ he said.

The other contents of carbide substance such as arsenic, phosphorous and acetylene gas, according to him, may affect the different body organs and cause various health problems like headache, faintness, tiredness and mental confusion, among others.

Olawale added that such forceful maturation could cause fruits or any foodstuff to lose its natural nutrients.

He stressed the need for enlightenment campaign on the dangers of applying these substances to foodstuff, saying that the practice was becoming too rampant across the country.

This, he said, would curtail issues which could be hazardous to the health of the ultimate consumers of the final produce.

“The act is becoming too rampant in the country, the earlier we put a stop to it the better,’’ he advised.

Meanwhile, some traders told NAN that they were ignorant of the effects of such practice amongst them.

Mrs Elizabeth Otu, who acknowledged the practice among the traders, said most traders of foodstuff usually use carbide to ease the ripening of fruits like plantain, mangoes, paw-paw and bananas.

Otu, who sells food items at Ado market, Karu, an outskirt of Abuja, however, said the aim of the exercise was to make quick money by both traders and the farmers by avoiding delay in the process of maturation of these food items.

Mrs Chinyere Okoh, another trader who also deals in fruits items, revealed that the dangers in the application of carbide mostly used by them (traders) were sometimes disclosed to them by a Non-Governmental Organisation (NGO).

According to Okoh, who is a roadside trader, some of the traders with good conscience have desisted from the use of any substance capable of hastening the ripening of fruits.

“According to what they told us, the fast ripening of fruits means they contain various harmful properties which is not good for human consumption.

“I must confess to you that I was also involved in this practice without knowing the harmful effects of it.

“But since that time we were enlightened, I have stopped using carbide because that was the only thing I know to apply on my fruits because I am only selling fruits items,’’ she said.