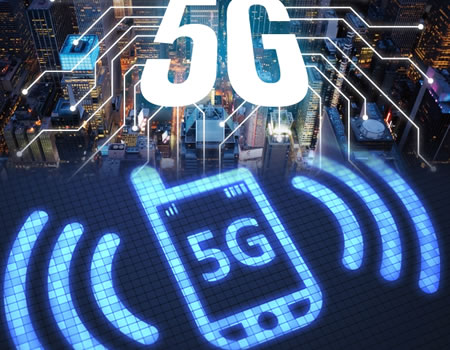 ELECTRICAL and electronic experts have called for the adoption of 5G mobile technology for Nigeria not to be left out of the ongoing global technological industrialisation and development evolution.

They made the call at a 5G Health Symposium webinar organised by the Nigerian Institute of Electrical and Electronic Engineers (NIEEE) over the weekend.

Speaking on controversies around 5G and radiation from antennas, they said that 5G mobile technology was faster and safer and used less oxidation and energy, making it safer than its predecessors.

Mr Bako Wakil, Director, Technical Standards and Network Integrity, Nigerian Communications Commission (NCC), said Nigeria had no 5G technology at the moment and stressed the need for policy formulation towards its adoption.

Wakil said that MTN was given the opportunity to try the capability of the network in two cities in 2019 after which the 5G was “decommissioned“.

He explained that 5G was safer than its predecessors because it has far less radiation than that of 1G, 2G, 3G and 4G networks.

Wakil said that NCC was measuring exposure limits from mobile frequencies in line with global standards, to ensure safety stating that, as safe as water was for human use, its abuse could cause harm.

“At NCC, we have been measuring and assessing base station radiations. All equipment coming into Nigeria is allowed after they are certified.

“Radiation coming from mobile base stations or mobile sets is not harmful. We should, as a country have a policy; 5G is going to transform our people and country.

“We have been carrying out measurements of 5G radiations at NCC and it is safe. Although it is safe, it is important to adopt safety measures, even water, if not properly used can harm you.

“NCC has feedback mechanisms where we go round the country in our consumer outreach programmes as well as our town hall meetings, where we ensure stakeholders and consumers meet to address all consumer needs and complaints,” he said.

He said that by 2025, over a billion machines were expected to be connected globally carrying out complex operations like surgeries, self-driving cars, etc which Nigeria must key into.

While taking questions from participants, Wakil said that radiation from microwave ovens was far higher than that required by the 5G mobile network.

Earlier, Prince Akeem Adeyemi, Chairman, House of Representatives Committee on Communications, while declaring the webinar open, said that there was currently no approval for 5G in Nigeria.

Kingsley said that the COVID-19 pandemic has revealed the need for working remotely, adding that 5G was the platform needed for other industries to inter-twine with telecommunication.

Citing drones as example, Kingsley said that the device was limited because it uses Wifi adding that, 5G would remove the current limitation of heights and speed to drones operations.

“5G is going to remove those limitations of height and speed, it will mean that the drones can no longer be brought down and the Police can use it for surveillance,” he said.

He said that Nigeria cannot afford to be left behind as researches have begun into 6G, which is expected to use holograms.

Effiong said it was also an improvement of all other technologies which Nigeria must adopt for growth.

He said that 5G does not cause COVID-19 stating that, “5G is non-ionising radiation, which means it lacks sufficient energy to break apart DNA and cause cellular damage,” he said.

Dr Abayomi Afe, Public Health Physician, a specialist in infectious diseases, a researcher and Consultant said that disease needed an environment, agent and a human host to enable it to thrive.

Afe who spoke on the topic, “Health and Radiation Amidst COVID-19 Pandemic said COVID-19 was a new pattern of the respiratory disease, which is unknown.

“The only way to know anyone who has the virus is through laboratory test, which includes collection of swaps from the nose and deep down in the throat.” he said.