Real EstateProperty and Environment
By Dayo Ayeyemi  On Feb 23, 2021 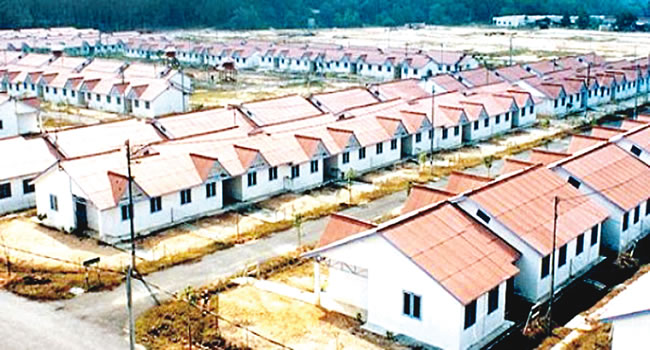 It is no longer news that Nigeria’s economy has exited recession as Gross Domestic Products (GDP) grew by 0.11 per cent year-on-year) in real terms in fourth quarter(Q4)  2020, representing the first positive quarterly growth in the last three quarters.

This cannot be said of real estate sector, which according to the latest report on GDP by the National Bureau of Statistics (NBS), was among industries that recorded negatives, -9.22 per cent in Q4.

The latest report by NBS would make it 18 consecutive times real estate has been in negative since 2016.

Worried by this result, experts are of the opinion that it’s time to reboot the real estate sector for growth.

According to them, it has become imperative that government as the largest spender in the economy would continue to implement policies that will cause more money to flow into the system whilst holding a tight rein on inflation.

Speaking with Nigerian Tribune, Director in the Valuation Office in Lagos State, Mr Kunle Awolaja, said that following the NBS’s report of the nation’s GDP in Q4, there was the need to reboot the real estate sector by ensuring reductions in the costs of building materials, creating an enabling environment for easy availability of land and by making finance easily accessible to both developers and citizens.

Aslo, Principal Partner,Ubosi Eleh and Co, Mr Chudi Ubosi, explained that real estate by its very nature worldwide and as an asset class, was  usually the first to suffer in an economic downturn and  the last to recover in the upturn.

“The current figures from the NBS indicate a .11 per cent positive growth of the Nigerian economy. Not even up to a one per cent. So the recovery is still very marginal. Real estate will surely follow suit,” he said optimistically.

To accelerate that growth, Ubosi pointed out that it was important for government, being the largest spender in the economy, to continue to implement policies that will cause more money to flow into the system by paying more local debts, while upholding inflation.

Besides, he urged government to engage in construction of new infrastructural projects such as roads among others while implementing policies that would ease access and entry into real estate.

Such policies, he suggested should encompass the amendments to the Land Use Act that slow-down the issues of obtaining title.

Ubosi said “Many of these policies are major  and require time to conceptualize  and  implement but the resultant effect is that they are long term and ensure that in future it is more difficult for real estate to dip  and  easier to exit in the event of a recession.”

According to latest Economic Bulletin by Bismarck Rewane-led Financial Derivatives Company (FDC), the negative growth could be attributed to the downturn caused by covid-19 pandemic, which necessitated lockdown actions across the country as a measure to curb the spread of the pandemic.

The implementation of the lockdown, the report noted caused significant disruptions in the value chain, halt in most aspects of the economy, disruption in the manufacturing sector, and many more.

Specifically, it mentioned that many Nigerians lost their jobs during this period, and those who had their jobs had to work remotely from their various homes.

“The EndSARS protest that turned violent was also a significant event that caused disruption in normal business activities as many states in the western part of Nigeria were forced to declare a curfew. The period was characterised by the destruction of private and public-owned properties, which some victims are yet to recover from,” the FDC report read.