Real EstateProperty and Environment
By Dayo Ayeyemi, Lagos On Mar 2, 2021 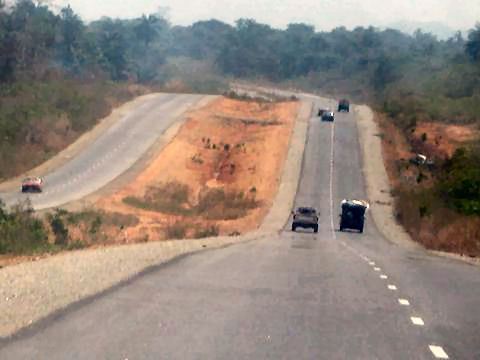 Following plans by the Federal Ministry of Works and Housing to concession 12 federal highways to private entities to manage, built environment professionals have not stopped to laud the authority over the proposed initiative, saying it’s long overdue considering the infrastructure deficit in the country.

Aside from pledging their support for government, they also offered useful suggestions on the best ways to achieve the initiative.

The Federal Government is towing this route in a bid to ensure the regular maintenance of its road network across Nigeria.

The arrangement would enable the private companies to introduce toll gates on the 12 highways and collect revenue which they would use and regularly maintain such roads.

The 12 highways to be concessioned under the Ministry’s “Highway Management Development Initiative (HMDI), according to document from the Federal Ministry of Works and Housing, include  Benin-Asaba, Abuja-Lokoja, Kano-Katsina, Onitsha-Owerri, Shagamu-Benin and Abuja-Keffi-Akwanga.

One of the experts who applauded the Federal Government’s initiative  on the whatsapp platform  of Festus Adebayo – led Housing Development Advocacy Network (HDAN), said he supported  the plan 100 per cent.

Commenting further, the expert, who identified himself simple as Harmony said “They should add 12 lanes highway from Lagos to Calabar Coastal Road with toll gates.”

However, he cautioned that government should not award the contract funding the project.

According to him, government should allow investors to fund the projects, saying that was how the project should be done “instead of allocating money to the projects and the fund never gets to the right destinations.”

Another expert, Dr Michael Kalu Mba, said it would do the country good by getting the private sector involved.

By so doing, he is of the opinion that soon, forex would begin to flow in through foreign partners if government could sustain the policy.

Managing Partner, Fonahanmi Idris & Associates, Mr Fonahanmi Idris, described the plan as “great initiative and development,” urging government to  avoid the business as usual  where  political buyers/jobber would take over “as we have in DisCos.”

To make the initiative real and sustainable, he advised that foreigners/investors should have assurances of  a clear exit guidelines, warning that the rules, terms and conditions should not be politicised.