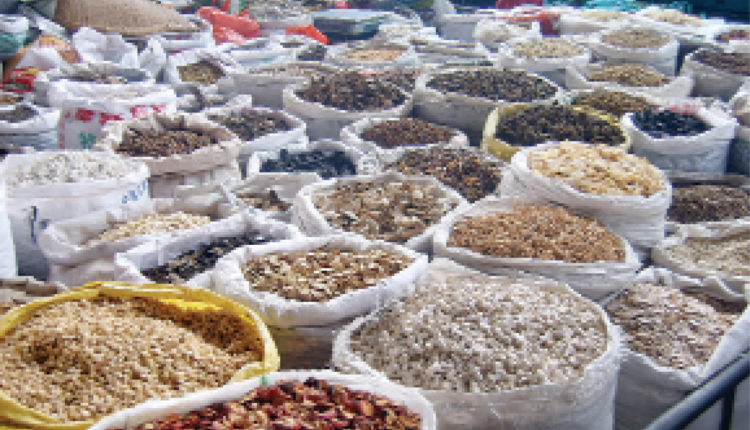 CERVICAL cancer induced by the germ Human papillomavirus (HPV) is becoming a leading cause of death in women. Researchers have discovered an important substance present in some medicinal plants to cure cervical cancer. It can kill HPV.

They had studied the chemical constituents of 20 medicinal plants in North West Himalaya on HPV-18 and found that stigmasterol, found in Berberis aristata and clicomodin, found in Rheum emodi, are potent compounds for curing human papillomavirus infection. Both plants are found at higher altitudes in Himachal Pradesh India and Nigeria.

The researchers included Dr Awofisayo Oladoja and Dr Olatomide Fadare from Nigeria in collaboration with Dr Deeksha Salaria and Rajan Rolta from the Shoolini University, Solan, Himachal Pradesh, India. It was published in the 2022 PLOS One journal.

Among all the selected chemical substances in these medicinal plants, the researcher said stigmasterol and clicoemodin were the best inhibitor of HPV and therefore suggested that these be used as potential investigational drugs to cure HPV infections.

Various strains of the human papillomavirus (HPV), a sexually transmitted infection, play a role in causing most cervical cancer. The cervical is the lower part of the womb that connects to the vagina. It can cause cancers, including cancer of the cervix, vulva, vagina, penis and anus, and some head and neck cancers. Types 16 and 18 of the virus cause up to 80% of cervical cancers in women and up to 90% of HPV-related cancers in men.

Berberis aristata is an important medicinal plant found in different regions of the world.  Known as Indian barberry, “chutro” or tree turmeric, Berberis aristata is been used in Indian folk medicine to treat diarrhea, reduce fever, improve appetite, relieve upset stomach, and promote vigour, as well as a sense of wellbeing. Rhubarb has been traditionally used as a diuretic, liver stimulant, purgative/cathartic, stomachic, anticholesterolaemic, antitumour, antiseptic and tonic.

HPV infections can be cured by the use of chemotherapeutic agents or by the application of surgical and ablative techniques which are invasive and expensive alternatives. Moreover, their availability is scarce to millions of patients, particularly in developing countries. Hence, one of the main alternatives to treat HPV-related diseases is the availability of highly effective natural therapeutics directed against the virus.

Earlier also, many natural and plant-based compounds have been identified as promising sources for developing agents for the treatment and prevention of cancer in recent years.

In this study, the researchers found that six constituents of Thalictrum foliolosum and Thymus serpyllum, five of Berberis aristata, four of Rheum emodi, three each from Cannabis sativa and Picrorhiza kurroa, two each from Moringa oleifera and Zanthoxylum armatum, and one each from Myristica fragrans, Oxalis corniculata, Piper nigrum, and Pleurospermum brunonis showed a binding affinity for HPV 18 more than the standard cancer drugs.

According to them, “Since this study has only contemplated computational analysis, it is still necessary to validate the bioactivities of these important phytoconstituents in vitro and in vivo models before proposing their antiviral potential.

“We also suggest that further research should take these results into account in both the discovery as well as the lead optimisation stages to achieve the successful development of anti-HPV drugs.”

The research was presented at the Society of Gynecological Oncology’s recent meeting in Tampa, Florida. For the study, Dr Judith A. Smith, an associate professor in the department of gynecologic oncology and reproductive medicine at the University of Texas MD Anderson Cancer Centre in Houston treated cervical cancer cells with AHCC and incubated them for 72 hours, sampling them every 24 hours. She also gave doses of AHCC to some mice that were positive and negative for HPV.

The mice with HPV were cured after receiving a daily dose of AHCC for 90 days, and the virus did not return for 30 days after treatment stopped. Dr Smith repeated the experiment to verify her findings, examining immune markers to pinpoint how AHCC gets rid of HPV.

Dr Smith’s research shows that AHCC cannot only get rid of HPV—it may also help prevent HPV-related cancers. She is currently conducting another study on women with HPV to see how long the treatment should continue in order to produce effective results.