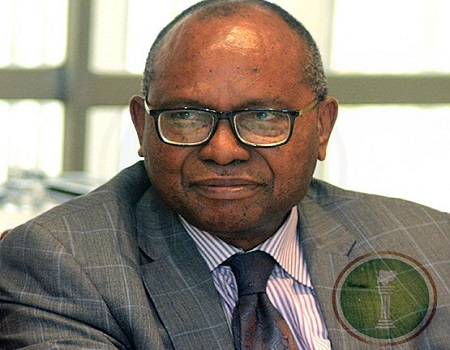 This was the thrust at the 2nd National Leadership Dialogue Series (NLDS) organised by the Nigerian Prize for Leadership under the chairmanship of Professor Anya O. Anya, in partnership with 19 other organisations, with the theme, “Rethinking Leadership: Competence, Governance, and Impact on Society.”

The conference which held via zoom had in attendance elder statesmen and women, academia, professionals, civil society members, and young people.

They stressed that rethinking leadership in Nigeria requires a change of mindset with comprehensive and meaningful reorientation for those in leadership positions and citizens.

Speaking during the virtual conference, the Vice Chairman, Nigerian Prize for Leadership and Former High Commissioner of Nigeria to the United Kingdom, Dr Christopher Kolade, said that a leader must possess a proven sense of responsibility and must have the ability to communicate with people, by speaking, especially, by listening.

“He must have the willingness to learn at every suitable opportunity, have the courage to take and stand by tough decisions and make a firm commitment to best practice, good ethics, respectable values and standards in leadership performance.”

Founder, Center for Values in Leadership, Professor Pat Utomi, stressed that central to leadership is competent in problem-solving. Leaders solve problems to impact society positively. Yesterday’s big problems have become today’s routine because some leaders took responsibility and provided solutions at the material point of need.

“A highly effective leader must be equipped with knowledge and a high sense of service. That is what will equip him/her with the right attitude to impact society.

“In this connection, the nation needs leaders who see leadership as a sacrificial endeavour, with relevant capabilities to mobilize citizens, trust and commitment, community peace, national growth and development,” he added.

Chief Executive Officer, Emerging Africa Capital Group Mrs Toyin Sanni, representing Women in Management and Business (WIMBIZ) stressed on the need for citizens to interrogate people’s motives for seeking leadership positions.” Such motives must be driven by a sense of purpose, and the desire to create impact, not a mere hunger for power, greed, selfish and personal ambition.

“Leaders in Nigeria should be measured by their dispensational ability towards the six cardinal Cs of leadership, which are, Competence, Character, Credibility, Capacity, Compassion, and Courage. They should also be measured by their personal integrity, accountability, exemplary conduct,” she said.

While the Executive Director, Leap Africa, Mr Femi Taiwo, noted that in rethinking leadership should engage in Education for knowledge, character and responsibility; Entertainment for redesigning, recreating, representing the Nigerian narrative; and Experience to draw from whenever the situation a2nd National Leadership Dialogue Series (NLDS)rises.

“Leaders must be compelled to make themselves available for outreach and communication with their constituents. Such platforms should be transparent and used to empower citizens to effectively hold their leaders accountable,” Taiwo stated.

He noted that the survival of Nigeria depends on good leaders who are committed to giving their all for the growth and development of the nation, adding that Nigeria’s leadership problem is not about the absence of good leaders but ambushing and choking of available spaces by bad leaders to deny tested and competent leaders the opportunity to emerge.

Executive Secretary, NPL, Dr Ike Neliaku, however, re-emphasised that the NLDS was initiated for the benefits of Nigerians as a strategic intervention that will play an indispensable role in strengthening and elevating efforts to build a consensus to genuinely address the leadership challenges in the nation.