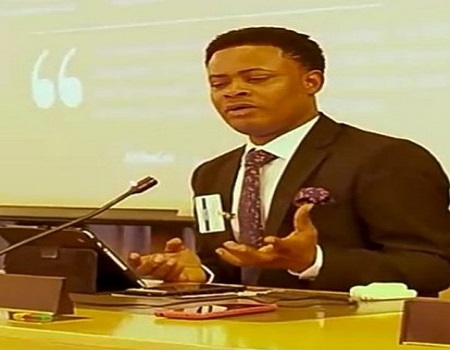 An IT Expert and Executive Director, NETSAT Media, Mr Collins Nnabugwu, on Monday, called on the government to provide more funding for artificial intelligence (AI) research so as to revolutionise ICT development in the country.

Nnabugwu, who is the Country Ambassador for the Global Startup Ecosystem, made the call in an interview with the News Agency of Nigeria (NAN) in Lagos.

He said that artificial intelligence was the way to go for ICT development in the present age, as it touched all the spheres of life.

“AI has, for some time been, and is going continue to be, the centre of all our activities, from education to health and to all other sectors without exemption.

“AI collects the algorithm information and stores the same; it can predict what our daily activities may be.

“AI can solve most of the problems we have now; an example is Google that can provide almost all the questions given to it because it contains the entire information store on it.

`An information that can take a whole warehouse can be stored in a tiny chip and also processed in a split second,’’ he said.

Nnabugwu, an alumnus of the Beijing International Studies University, urged the government to take the issue of artificial intelligence seriously, saying it was the only way to catch up with the developed countries.

“AI should be taught in schools, from primary to tertiary; it must be made compulsory so that by the time the young ones get to the peak of their career, AI has already been sunk into their system.

“Government needs to invest in data because it is life; data is the new oil; nobody cares about oil now but technology.

“It will help the country to grow the economy, especially agriculture, industry, tourism and many others.

“Government should start with the introduction of AI in schools because education is the bedrock of development. It will then trickle down to health, economy and other research centres,’’ he said.

Nnabugwu added that the satellite which Nigeria launched into space could help solve many data problems, especially in the storage of data and demography useful for economic development.

“The satellite from information is being put into metrological use, but not much of AI; there should be synergy between government agencies and the private sector, especially about satellite.

“It is not enough for Nigeria to have the satellite; what is more important is putting it into optimum use and engaging all the personnel to benefit from it to bring the needed innovations,’’ he said.