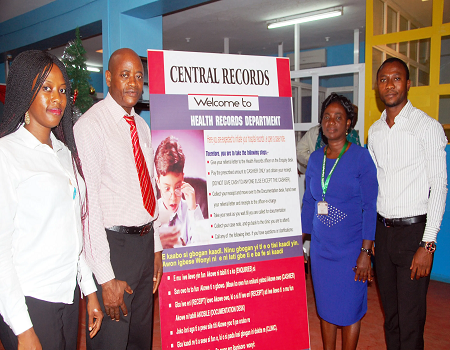 Dr Adenike Adeniyi, a Dermatologist with a private hospital in Abuja, has warned against bleaching of the skin because of its health implications.

Adeniyi told the News Agency of Nigeria (NAN) on Wednesday in Abuja that bleaching of the skin is a total disaster for the body.

She described the skin as the largest organ of the body and urged people to take care of it.

The expert explained that whatever that was put on the skin would penetrate into the system and could cause damage.

According to her, bleaching creams can predispose one to skin cancer as well as destroy melanin of the skin which protects the skin from harm.

According to her, some creams with lightening properties are recommended to patients in order to correct some pigmentation of the skin and other skin conditions.

She, however, stressed that it was always advised for a short term use to avert some adverse reactions on the skin.

The dermatologist frowned against the use of bleaching creams, stating that the adverse effects could cause the skin to appear dry, scaly and predispose one to early wrinkles.

Adeniyi then encouraged the use of natural and home regimen such as coconut oil, shea butter, turmeric and others to enhance the skin tone.

She however advised women to imbibe the culture of consuming fruits, nuts, and vegetables for clearer, youthful and beautiful skin.

Meanwhile, a cross-section of FCT residents had expressed divergent views on the use of bleaching creams by persons, especially women.

In separate interviews with NAN, the residents listed the disadvantages and advantages of using toning creams.

Mr Uche Okoro, a real estate agent, noted that bleaching of skin had become the current trend especially among women, describing the development as sad.

He alleged that most women bleach due to inferiority complex just as he attributed the trend to the fact that some ladies believed that the lighter the skin the more attractive to the opposite sex.

“Some women bleach to look attractive for the opposite sex as well as to boost their confidence among other ladies.

“As for me, I am indifferent when it comes to complexion and I still believe in the saying that black is beautiful.

“If you are dark, maintain it because bleaching creams does more harm than good to the skin due to its high chemical components,” Okoro said.

He appealed to relevant authorities like NAFDAC to ban bleaching creams from coming in to the country.