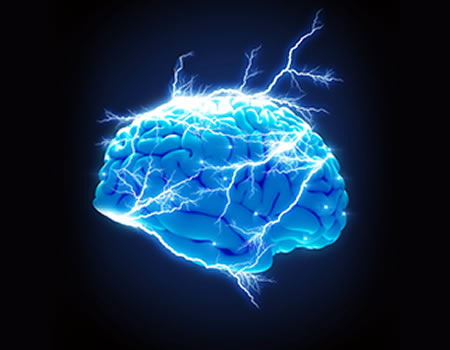 PROF. Gbenga Ogedengbe of Medicine and Population Health, School of Medicine, New York University, has decried the growing rate of dementia in Nigeria, ascribing hypertension to its leading cause.

Ogedengbe spoke with the News Agency of Nigeria (NAN) on the sidelines of Gabi-Williams Alzheimer’s Foundation (GWAF) Memorial Lecture in Lagos.

According to him, the rate of dementia in our population is growing fast and that is largely due to the fact that we have an ageing population.

Ogedengbe, however, did not buttress his claims with statistics.

“Dementia is a syndrome- usually of a chronic or progressive nature- in which there is deterioration in cognitive function (i.e. the ability to process thought) beyond what might be expected from normal ageing.

“Dementia results from a variety of diseases and injuries that primarily or secondarily affect the brain, such as Alzheimer’s disease or stroke,’’ the World Health Organisation (WHO) said.

Alzheimer’s disease is a type of dementia that causes problems with memory, thinking and behaviour. It accounts for 60 per cent to 80 per cent of dementia cases.

Ogedengbe said: “If we want to prevent or reduce the risk of dementia, we have to tackle hypertension which can be modified so that we can prevent the spread of dementia.’’

He said that all of these were happening in the context of a weak healthcare system.

Ogedengbe said that GWAF was proposing the use of a faith-based organisation or places of worship, giving that 90 per cent of Nigerians attends religious service every week.

He said: “If we can leverage on that platform, we can begin the issue of creating the awareness of dementia risk like hypertension risk, counselling people and referring them.

“We can’t really say the cause and effect was a risk factor, the older we get, the more our chances of dementia.”

He said that the risk of dementia could also be prevented.

“But, we don’t have a cure, and that is why the emphasis is on prevention to the extent that we can modify or prevent the risk factor of dementia,’’ the expert said.

According to him, dementia progression can be prevented, delayed at the onset, prevent the rapid progression, because prevention is the major treatment of dementia.

“This degeneration of the brain cells leads to mental problems such as forgetfulness,’’ Gabi-Williams said.

He said that dementia patients tend to forget recent things, familiar faces and names, journey that they have been navigating for many years.

The expert said that forgetfulness was the hallmark of Alzheimer disease, adding that it also involved many other mental functions.

He added that it might involve an individual’s inability to manage personal affairs.

The disease spreads to many parts of the brain until the patient could not eat, think and care for himself or her, but have to depend on other people.

The scribe said that the ailment was difficult to manage in a country such as Nigeria because “when these symptoms are manifesting, people may think that maybe the patient is possessed.’’

He said that people linked it with a spiritual attack, not recognising that it was the manifestation of the disease of the brain.

Gabi-Williams explained that GWAF was out to create awareness, at least to recognise that these people do not belong to the asylum, but the hospital and that they were not mad, but have dementia.