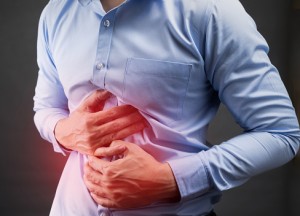 Osawende told News Agency of Nigeria (NAN) on Tuesday in Benin that peptic ulcer is a sore that develops on the lining of the oesophagus, stomach or small intestine,” which could be prevented through early treatment.

She said the most common of the disease are infections with the bacterium Helicobacter pylori (H. pylori) and long-term use of aspirin and non-steroidal anti-inflammatory drugs (NSAIDs) (Advil, Aleve, others).

ALSO READ: Government without media, on journey to nowhere ― Sanwo-Olu

She denied that stress and spicy foods could cause peptic ulcers, but could make the symptoms worse.

“The most common peptic ulcer symptom is burning stomach pain and the stomach acid makes the pain worse when leaving the stomach empty.

“The pain can often be relieved by eating certain foods that buffer stomach acid or by taking an acid-reducing medication; but then, it may come back.

“The pain may be worse between meals and at night,” she said.

According to the medical practitioner, the symptoms of peptic ulcer include burning stomach pain, feeling of fullness, bloating or belching, fatty food intolerance, heartburn and nausea.

Osawende advised that working with doctors to find the lowest dose possible was important.

“Your doctors can prescribe the best pain reliever for you, however, people should avoid drinking alcohol when taking their medication to avoid ulcer pains.