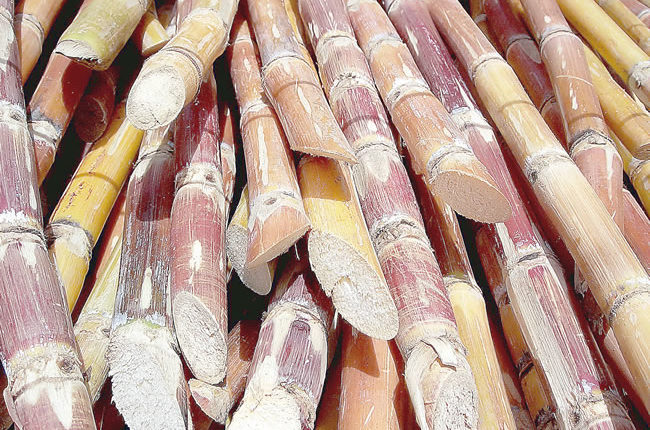 The researchers found that sugarcane juice can adversely alter a man’s functions by reducing sperm quality and disrupting testicular architecture. According to them, it caused an increase in the percentage of abnormal sperm and decreased sperm viability.

Infertility is a problem across almost all cultures and societies. Problems in the male partner, especially as a result of unhealthy dietary habits, are the commonest single group of causes. Many populations, therefore, tend more toward the use of natural dietary substitutes opined to proffer less risk to reproductive functions and more health benefits.

Sugarcane (Saccharum officinarum) has been widely known as a raw material for white sugar, cane syrup, molasses, wax, and rum production. Raw sugarcane stalks can be chewed as a snack. Because the stalks are fibrous, they are not eaten per se but merely chewed to extract the juice.

Chewing of sugarcane or consuming sugarcane water or syrup can help treat urinary tract issues and provide a boost of antioxidants, along with providing benefits to pregnant women and diabetic patients. In India, the plant, as well as its juices, are used for abdominal tumours.

The 2020 study, in the Journal of Basic and Clinical Physiology and Pharmacology involved Eunice Ogunwole Olufadekemi T;  Kunle-Alabi Opeyemi O and Akindele Yinusa Raji from the Department of Physiology, College of Medicine, University of Ibadan and Bingham University, New Karu, Nasarawa.

The researchers thereafter had their sperm, testes and epididymis (the long, coiled tube that stores sperm and transports it from the testes) assessed under the microscope, as well as determine the levels of luteinizing hormone, follicle-stimulating hormone and testosterone in their blood.

They reported that the 10.0 mL/kg juice caused a significant increase in testosterone level and sperm count, and it also increased the percentage of aberrant sperm aswell as decreased sperm viability. Sugarcane juice impaired the histological integrity of the testes and epididymides.

Previously, these researchers had compared the reproductive effect of cane sugar and molasses, also a byproduct from sugar processing, in male rats, saying that molasses possibly contain compounds with potential ability to disrupt sperm production and reduce sperm quality.

In fact, the result of the 2020 study published in the journal, Toxicology Reports indicated that molasses-treated rats showed more aberrations in the seminiferous tubules and epididymis relative to sugar-treated rats.

Molasses is gaining popularity as a substitute for refined sugar. The researchers had wanted a safer alternative to refined sugar that is widely reported to block the effect of androgens, the group of sex hormones that give men their ‘male’ characteristics. The major sex hormone in men is testosterone, which is produced mainly in the testes testosterone.

No one knows why sperm counts are falling precipitously. Some say sperm are vanishing due to men resting laptops on their laps. Others blame the heat generated from cell phones sitting in pants pockets. But others say the drop is likely due to a variety of factors, including diet.

Accordingly, several studies suggest that sperm is influenced by diet, and the effects arise rapidly. For instance, researchers at Linköping University said diet influences the motility of the sperm and this effect may even be noticeable after one to two weeks of a wrong diet.

In the study published in the journal PLOS Biology, the scientists examined the sperm quality and other indicators of the health of 15 normal, non-smoking young men, who followed a diet in which they were given all food from the scientists for two weeks. During the second week, the researchers added sugar, corresponding to around 3.5 litres of fizzy drinks, or 450 grammes of confectionery, every day.

Perhaps more importantly, a recent study found men consuming at least one soft drink per day had a 33 per cent lower average monthly probability of conceiving successfully with their partner. Women were found to have a 25 per cent lower chance. For both men and women together, soft drink intake was associated with a 20 per cent reduction.