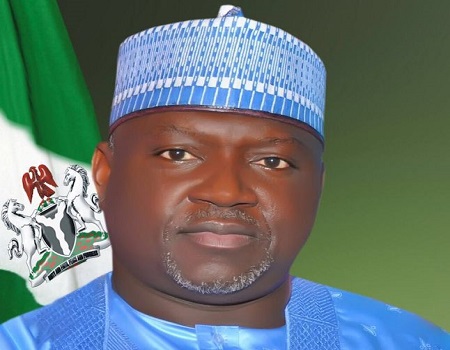 ERSTWHILE Clerk of the National Assembly, Mr Mohammed Sani-Omolori has denied the allegation of ‘gross insubordination’ levelled against him by the National Assembly Service Commission (NASC) sequel to the directive issued to all the staff who have attained 35 years of service and 60 years of age to proceed immediately on retirement.

Mr Sani-Omolori’s stance was contained in the three-page letter dated 16th July 2020 and addressed to the NASC  Executive chairman, Engr. Ahmed Kadi Amshi. While noting that the issue is currently before the leadership of the  National Assembly, Sani-Omolori argued that it will be premature for the Commission to communicate any contrary decision at this time.

“I am in receipt of the above vide your reference No. NASC CHP/1/2 dated 16th July 2020 and wish to inform you that the press release issued was not intended to dictate to or undermine the Commission but to clarify the issues within the Assembly workforce.

As the Clerk to the National Assembly, it is my responsibility to ensure staff matters are clearly disseminated at all times and to use the efficient functioning of the Legislative bureaucracy. The press release was indeed issued a sequel to an emergency top management meeting I summoned yesterday as soon as my attention was drawn to your press release.

“It is also important to state that I was compelled to issue that statement via a press release as the circular from your office was brought to our attention via a press release instead of an administrative notice to my office as the Head of  Legislative Service.

“It is imperative to recall my earlier letter Reference No. NASS/CNA/150/Vol13/698 (copy attached) drawing your attention to the defects in what the Commission relies on as the National Assembly Service Commission Act 2014 and the consequences thereof.

“You may also wish to recall that you had written a letter to the leadership of the National Assembly canvassing a  reversal of the Resolution of the 8th Assembly on the Condition of Service. Management is aware of the following:

i. That the leadership of the House of Representatives rejected the request to reverse the Resolution and you were informed of this decision video letter No. NASS/HR/ LEG/14/3/30 dated 4th June 2020.

ii. Management is also aware that the meeting of the joint leadership of the National Assembly had been conveyed on more than one occasion to deliberate on your request.

iii. Management is further aware that no decision had been taken at the joint leadership meeting so far on the matter.

“While management considers that placing the matter before the leadership of the National Assembly accords with the spirit and intent of the authentic National Assembly Service Commission Act 2014, it will be premature to communicate any contrary decision at this time. It is in view of the foregoing that management considered it imperative o issue the clarification in the press release.

“In the circumstances, Mr Chairman should kindly consider my press release as a patriotic duty to save the National Assembly that we both have committed to serving faithfully. “In answering your query, it is important to highlight that while you may rely on Section 6b of the ‘Act’ to issue the query, however as it relates to the office of the Clerk of the  National Assembly, Section 10 is quite instructive,” Sani-Omolori noted.

Section 10 of the Act provides that: Except by resolution of each House ‘of the National Assembly, no person shall act in the office of the Clerk to the National Assembly for a period exceeding six months. “It is hoped that my explanation above puts the record straight as I look forward to the deserved harmonious working relationship with the esteemed  Commission in the months ahead,” Sani-Omolori stated.

According to the Commission, “all appointments are with immediate effect.” It will be recalled that the NASC chairman had communicated the resolution taken at the 497th meeting held on Wednesday, 15th July 2020, where it approved the retirement age of the staff of the National Assembly Service as 35 years of service or 60 years of age whichever comes first.

However, in the counter-press release entitled ‘Retirement age for a staff of the National Assembly is 40 years of service or 65 years of age whichever comes first’, Mr.  Sani-Omolori urged the staff to disregard the press release by the  Commission and go about their lawful duties.

How Suspended EFCC Boss, Magu Avoided Re-Arrest
SUSPENDED former acting chairman of the Economic and Financial Crimes Commission (EFCC), Ibrahim Magu, avoided his re-arrest on Thursday for his decision to remain in the official residence of the EFCC chairman despite being suspended and another acting chairman named for the commission… Read Full Story
NASC Retires Clerk To National Assembly, Four Others
The fate of the embattled Clerk to the National Assembly, Mohammed Sani-Omolori, was sealed on Friday night following the gale of retirement announced by the National Assembly Service Commission… Read Full Story
Nigeria Records 600 New COVID-19 Cases As Total Hits 35,454
The Nigeria Centre for Disease Control (NCDC) has confirmed 600 new cases of COVID-19 in the country. The 600 new cases brought the nation’s confirmed COVID-19 infection cases to 35,454. The NCDCmade this known via its verified Twitter handle on Friday… Read Full Story