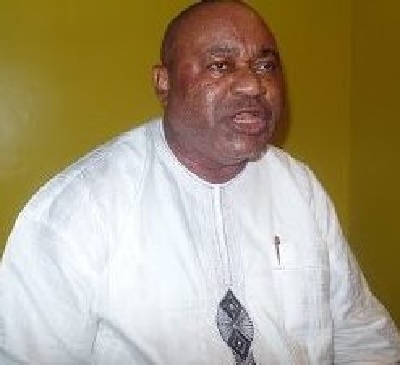 A former President-General of the Maritime Workers Union of Nigeria (MWUN), Comrade Anthony Nted, has raised the alarm over the spate of kidnappings and killings along the Ibada-Elume bridge near Sapele, Delta State, stating that in the last two months, no fewer than 36 persons have been kidnapped and four killed by suspected herdsmen.

Addressing maritime journalists in Lagos, on Wednesday, Comrade Tony Nted urged the Federal Government and the Delta State Government, to hastily deploy security operatives to the area due to the incessant kidnappings and killings.

According to Comrade Tony Nted, “The reason for this briefing is to draw the attention of the Federal Government and the Delta State Government in particular as well as the nation’s security agencies to the alarming rate of kidnappings on Ibada-Elume Bridge near Sapele, Delta State.

“In the last two months, no fewer than 36 persons were kidnapped on the bridge with four casualties. I suspect that the kidnapping has been going on in that area before March this year. It was, however, the kidnap of a labour leader in Warri port, Delta State, Comrade Samson Pere that opened our eyes to the activities of these deadly kidnapping gangs.

“Comrade Samson Pere and five others were kidnapped by suspected herdsmen on the 5th of March, 2021 and released on March 8 after paying a ransom. Comrade Pere and his co-victims were tortured, beaten with cutlasses and almost killed. Comrade Pere’s hands were almost severed by about eight armed men with AK-47. Three days after Comrade Pere and his co-victims were released, 17 people were also kidnapped on the same bridge in Delta State on March 11, 2021.

“It is difficult to believe that the Federal Government, Delta State Government and the nation’s security agencies are not aware of these kidnappings on the Ibada-Elume bridge. From victims report, immediately people are kidnapped, they are taken to the nearby forest where all sorts of ill-treatment, including rape, are meted out to female victims even before the ransom is paid. Those that cannot pay the ransom are killed. It saddens me that these kidnappings have been taken place for a while now and our security operatives have not been able to do anything about it.

“If the government cannot secure us and our valuables from kidnappers and criminal elements, the government should at least give us permission to carry guns to defend ourselves.”

We are not responsible for staff salary ― National Arabic Board