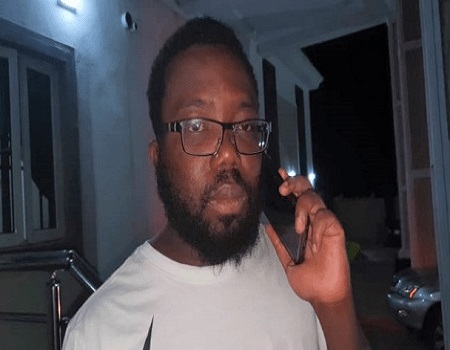 Adedayo Adewole, the son of former Minister of Health, Professor Isaac Adewole, who secured his freedom from kidnappers on Wednesday, after about 24 hours of being in their captivity, has said he was patrol with his abductors from Tuesday night till the following morning.

Adedayo, who spoke to the Tribune Online, along with other journalists, at the headquarters of the Oyo State Police Command in Ibadan on Thursday, said that there was no ransom paid to secure his release.

He said he was kidnapped at about 5:30 p.m., after his abductors, numbering six, invaded his farm at Iroko community to kidnap him.

“The incident happened at about 5:30 p.m. I was about closing for the day when the gunmen came. The driver panicked and I jumped out of the car and ran off, but the kidnappers chased me and caught up with me.”They returned to our office and I gave them what we had. They drove me out of the farm into the bush at about 6:30 p.m.

“They drove me in the car and went into the bush at about 6:30 pm., and patrolled throughout the night till the following morning at about 8:00 a.m.

“When they saw they couldn’t get anything, they let me go around 7:30 p.m.

“I found my way into a village where I was directed to the highway. I saw a motorcyclist who took me back to Iroko community, from where I was able to make a call.”