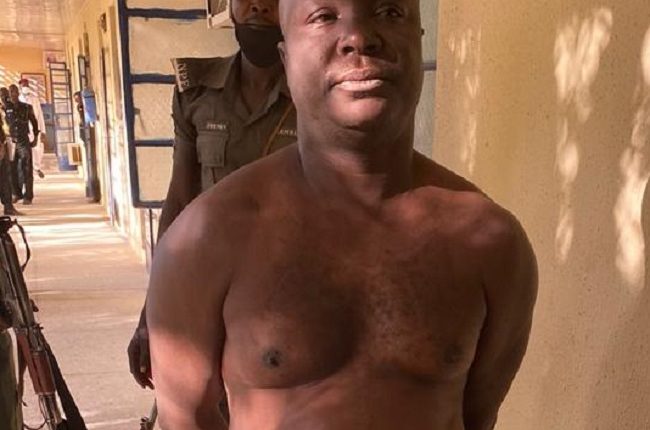 The Katsina police spokesperson, SP Gambo Isah, has confirmed the arrest of the former chairman.

He added that the culprit was arrested for allegedly aiding and abetting bandits operating in the state.

Gambo further disclosed that the ex-caretaker has already been charged to court.

It could be recalled that an audio recording resurfaced recently where the culprit was heard discussing with one of the bandits’ leader over the abduction of Kankara Stud.

“Please do not talk to my father. He is yet to come to terms with the death of his son. It is a most tragic experience. How does one quantify the loss of a dear brother? My brother was killed like an animal by two herdsmen. His offence was that he asked them to drive their cows off his already cultivated farmland,” Bisi Olaosepin, whose brother was hacked to death, struggled to hold back his tears as he relayed to Sunday Tribune the horrible experience that culminated in the passage of his brother…Ex-Katsina caretaker chairman lands in police net

Lagos govt to build more schools for growth of education