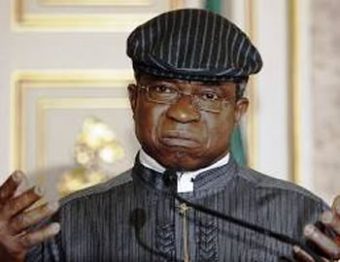 FORMER Governor of old Anambra State, Senator Jim Nwobodo, has described the death of Ambassador Ojo Madueke as shocking, saying it was sad to hear that the former minister passed on in such a way.

In a telephone interview on Thursday, the former Minister of Sports, Senator Nwobodo, said,
“For those of us who knew him in particular, it was a rude shock. I never heard he was sick only to hear he is dead. I am yet to come out from the shock. Chief Madueke lived a pious life. He was a gentleman to the core. Ndigbo and indeed Nigerians have lost a rare gem.”

“I recall with nostalgia how we worked together. Chief Madueke was humble, hardworking and had contributed a lot to the development of this country. He believed very much in Nigeria project. I wish the family to bear the irreparable loss. We will continue to miss him. This is what I can say for now.”