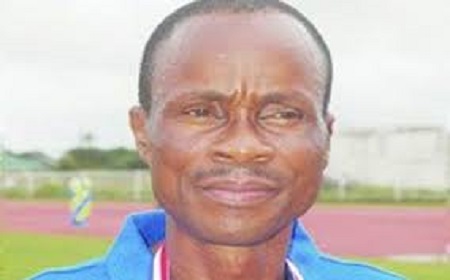 He died last night at Lagos State University Teaching Hospital at about 9.30 pm of brain-related issues.

Waidi Akanni, his very close ally confirmed this to Tribune Online that the former Shooting Stars Sports Club (3SC) defender passed away at the age of 57.

Waidi Akanni described him as a complete gentleman, easy going and never gotten into troubles with any players all through his football career,

He may be buried at Atan Cemetery today according to Muslim rites.

The Federal Government is owing the university workers, under the National Association of Academic Technologists (NAAT), the Senior Staff Association of Nigerian Universities (SSANU) and the Non-Academic Union of Universities and Associated Institutions (NASU), over N150 billion earned allowances…Ex-eagles star, Yisa Sofoluwe, is dead

“Please do not talk to my father. He is yet to come to terms with the death of his son. It is a most tragic experience. How does one quantify the loss of a dear brother? My brother was killed like an animal by two herdsmen. His offence was that he asked them to drive their cows off his already cultivated farmland,” Bisi Olaosepin, whose brother was hacked to death, struggled to hold back his tears as he relayed to Sunday Tribune the horrible experience that culminated in the passage of his brother…Ex-eagles star, Yisa Sofoluwe, is dead