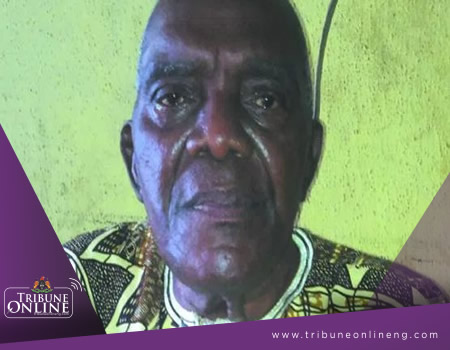 SOME retired staff of the News Agency of Nigeria (NAN) on Saturday described late Chief Onuora Nzekwu, the founding General Manager of the agency, as a fair-minded leader who would be greatly missed.

Nzekwu, aged 89, died at 4.30 p.m. on Friday in his hometown, Onitsha, Anambra where he had been living in retirement.

He was born in Kafanchan, Kaduna State in 1928. He trained and practiced as a teacher for several years, before establishing his reputation as a novelist in the 1960s.

Nzekwu was also a substantive editor of the Nigeria Magazine between 1962 and 1966.

He worked with the Federal Ministry of Information for several years and retired as the founding General Manager of NAN in 1985.

He co-authored the highly successful school reader, Eze Goes to School, in 1964, and produced its sequel, Eze Goes to College, soon after.

He joined the Federal Civil Service in 1956 as an Editorial Assistant at the Magazine Division of the Federal Ministry of Information, where he rose to the position of Editor.

In 1972, he was promoted to the position of Assistant Director of Information in the ministry.

In a tribute, a former Managing Director of NAN, Malam Wada Maida, recalled that “the first set of Editors at the agency all saw Nzekwu as a daddy and a role model.

“He was a manager who used his experience to lay a good foundation for the agency.

“The first time I met him, he changed the language to Hausa and he had such a deep understanding of the language, to the extent that I found him to be a great Nigerian.

Malam Wada said that Nzekwu was such a friendly boss that “we will always remember him for the foundation he laid for NAN’’.
In his remarks, the pioneer Editor-in-Chief of NAN, Prof Victor Adefela, described Nzekwu as a good leader, who maintained stability in the agency.

“He played very significant roles in the development of NAN and made contributions to Nigeria’s development in general.

“He was a father to everybody in NAN at the beginning. He did a very good job. He had a way of maintaining stability.

“Things were quite rough at the beginning, and he had a way of handling difficult situations and achieving desired results.

“On behalf of the NAN editorial staff of the ‘80s and ‘90s, I express my sincere condolence to his family,’’ Adefela said.

The pioneer Accountant of NAN, Mr James Ajayi, described Nzekwu as a seasoned administrator, who listened to good advice.

“He was friendly and detribalised. He loved truth and had very cordial relationships with his subordinates,’’ he said.

Ajayi described Nzekwu’s death as a loss to NAN and the entire nation.

A former Editor-in-Chief of NAN, Mr Olusegun Aribike, also described Nzekwu as a kind-hearted and fair-minded leader, with a good sense of humour.

“He had a way of calming you down. He never took offence. He was a true Nigerian, who spoke Hausa, Yoruba and Igbo.

Nzekwu’s close relative and a retired Senior Editor of NAN, Chief Louis Chuke, said that the deceased was a humanist, a hard worker, motivator, family man and administrator per excellence.

Chuke said that Nzekwu would be missed, especially for his sense of humour and kindness.

Cleric urges CAN leadership to wade into scandals in Christendom

Buhari support group seeks partnership with NAN on sensitisation ahead of…

2019: We are not part of Atiku’s endorsement says SDP