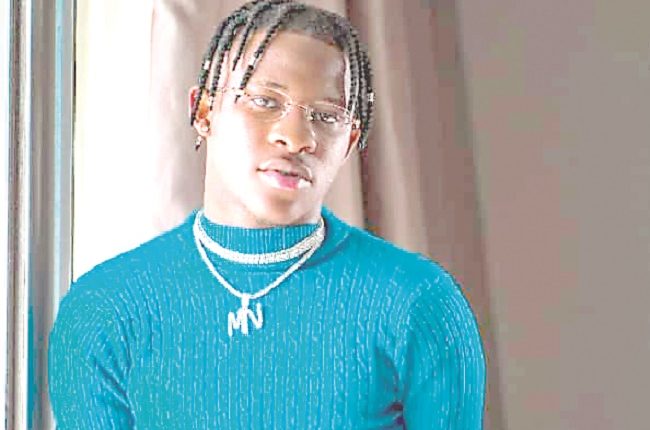 The Nigerian entertainment space is about to receive a major boost as Evoke Musik, a new entertainment company based in the US with its subsidiary in Lagos Nigeria, signs on its flagship artiste, ‘Jethro Lion’ (Jethro Chinweotito Abara) a Raggae/Dancehall act.

Speaking during the unveiling of the artiste recently in Lagos, the CEO of the platform, Mfon Essien, stated that Evoke Musik would redefine the entertainment landscape in Nigeria through the release of authentic and relatable music with lyrical depth, that has a feel-good effect on the listener and portrays a positive image of Nigeria, home and abroad.

He said, “An embodiment of creativity, Jethro Lion is not one to chase trends for the sake of clout. Nigerians should get ready, as a new storm is about to blow across the entertainment industry. Devoted and true to his artform, that storm is ‘Jethro Lion’, a multi-talented triple-threat, singer/songwriter, music producer and performer.

Expressing appreciation to his record label, Jethro Lion said, “It has been a challenging journey for me. Faced with the financial challenges of promoting my music mainstream as an independent artiste, I struggled with the competition but we give thanks to Jah for signing on to Evoke Musik. Facilitated through ‘Freestyle Tha Shogun’ now referred to as Mista Styles, the prolific award-winning Hiphop/Afrobeat artiste from the now defunct veteran trio popularly known as the ‘Trybesmen’.

“I had produced some unreleased music for him back in the day and despite being the CEO of Evoke Musik, ‘Mista Styles’ is like a big brother to me. He sabi me reach house and we definitely go way back. I can’t thank him enough for this privilege of being signed to Evoke Musik.”

Jethro Lion is a native of Ezinihitte in Mbaise LGA of Imo State. Music started for him in his primary school days as he was part of the band boys that played on the assembly grounds and intensified when he was 11 years old in church joining the choir, he began to hone his skills on the piano and drums, becoming the official drummer of the church.

An alumnus of the Muson School of Music, after eight years of music production, Jethro Lion started writing his own songs and today he has a catalogue of over 100 songs.

Speaking on the challenges of transitioning he said, “Being an artiste is totally different from being a producer because being an instrumentalist requires a huge time commitment for rehearsal sessions and staying in the studio all day but as an artiste, you have the combined responsibility of time management as well as enhancing your people skills, as relationship building is key to growth and success. Shout out to my mom because she’s my number one music influence. She’s a musician and has six studio albums to her credit. Growing up, she would take me with her to the studio whenever she was recording.”

Open to collaborations, some of his Nigerian favorites include Simi, Wizkid, Patoranking, Burna Boy, Davido.

Currently working on a new single, ‘Hustle must pay’, he sings about life experiences, spirituality and his ‘one love’ idealogy, educating about the streets and focused on upliftment.

The party also said that immediately the Caretaker/Extraordinary Convention Planning Committee was put in place after the NWC’s dissolution, the crises that had characterised its affairs were laid to rest…Evoke Musik  Evoke Musik

His son, Aminu Shehu Idris, confirmed in an interview with the Tribune Online that his late father who was appointed on 15th February, 1975 and spent 45 years in the throne died on Sunday after a protracted illness…Evoke Musik Evoke Musik