Even minor sleep disturbance is bad for heart! 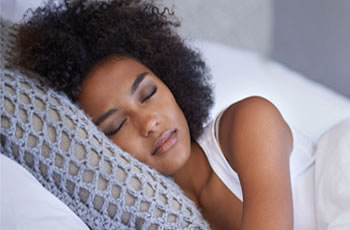 Women are more likely to have difficulty falling and staying asleep and to experience more daytime sleepiness. In this report by SADE OGUNTOLA, experts warn that even mild sleep disturbances can hurt heart health and raise blood pressure in otherwise healthy women.

For some time, it is known that a good night’s sleep can do wonders,  right from keeping energy levels high to enhancing general mood through the day. Now a new study shows sleep does a lot more than just that in women, it is can affect their blood pressure.

Even when the amount of sleep was at recommended levels in women, they indicated that sleep disturbances can still increase their risk of hypertension.

High blood pressure, or hypertension, occurs when the blood pressure increases to unhealthy levels.  Over the long term, increased pressure can cause health issues, including heart disease. Hypertension is quite common.

The blood pressure measurement takes into account how much blood is passing through blood vessels and the amount of resistance the blood meets while the heart is pumping.

Hypertension typically develops over the course of several years. Usually, its symptoms are not noticed until when it is severe. But even without symptoms, high blood pressure can cause damage to the blood vessels and organs, especially the brain, heart, eyes and kidneys.

They reported that women who experienced mild sleep disturbances, including delays in falling asleep and waking up during the night, were significantly more likely to have a high blood pressure than those who fell asleep quickly and slept soundly.

The researchers had examined 323 healthy women who wore wristwatch-like devices that measured and tracked their sleep habits and the total amount of sleep each night.

They tested for more minor problems, such as poor sleep quality, difficulty dropping off, and insomnia. Their results were published recently in the Journal of the American Heart Association.

The results of this study are especially of concern because they held true even for women who were sleeping anywhere from seven to nine hours a night, what would normally be taken as a healthy range.

Also, most women in the study did not have major problems like obstructive sleep apnea, which is already strongly associated with poor heart health. Sleep apnea is a condition wherein a person stops breathing for short periods of time while asleep.

“It is normal for most people, be it a man or woman once there is stress and they are not sleeping well to have their blood pressure go up. But once you are able to rest, the blood pressure will go back to normal,” said Dr Yemi Raji, a consultant nephrologist at the University College Hospital (UCH), Ibadan, Oyo state.

According to him, hormones that are released in the body during sleep make the blood vessels to relax and that is what makes the blood pressure to go down automatically.

However, he said when inadequate sleep is persistent; the blood pressure may perhaps remain elevated because the opportunity for adequate release of these relaxing hormones of the blood vessels and the heart is abated.

Dr Raji stated that a minor sleep problem like delays in falling asleep and waking up during the night, is like other stressors to the body, adding that whether the stressor is physical or emotional, all can tell on the blood pressure and in some cases increases the risk of developing hypertension.

But, he added, “it is not just going to happen all on its own, someone must at least have the risk for hypertension, probably she has a family history of hypertension.

“It is possible that even if I am undergoing stress or not sleeping well, the chances are that my blood pressure may go up, but it does not mean that I will develop hypertension.”

A lot of people lack adequate sleep. And, women seem to be affected more often than men. For instance, women are more likely to be carers for children and elderly relatives, and they also experience shifts in hormones both monthly and across their lifespan.

Moreover, research suggests that women are especially susceptible to sleep issues, including chronic insomnia, at a rate nearly twice as high as men.

While it is not possible to isolate every factor that could have influenced the outcome in this study, the results line up with prior studies suggesting that falling asleep quickly and minimising disturbances may be just as important as sleeping an adequate number of hours.

These results, like those from several other studies of sleep and overall health, place additional emphasis not only on sleeping enough each night, but also trying to improve quality of sleep.

Although further research is needed to substantiate the results, the study suggests that it may be wise to treat sleep as preventative care for heart health.

Furthermore, both sleep deprivation and insomnia have been linked to increases in incidence and prevalence of hypertension. Likewise, sleep disruption attributable to restless legs syndrome increases the likelihood of having hypertension.

Observational studies demonstrate a strong correlation between the severity of obstructive sleep apnea and the risk and severity of hypertension.

Conversely, other diseases associated with diminished or absence of night-time sleep include chronic kidney disease, diabetes, older age and resistant hypertension, which is defined as blood pressure that remains uncontrolled with three or more medications.

In the Sleep Heart Health Study, subjects sleeping less than five hours per night had a higher frequency of prevalent hypertension, after adjusting for multiple confounders.

Also, in a study believed to be the largest study to look into how long a person sleeps and the risks of metabolic syndrome separately for men and women, the researchers at the Seoul National University College of Medicine reported that on average, those who slept fewer than six and more than 10 hours were at higher risk of metabolic syndrome than those who slept between six and seven hours a day.

The paper published in the journal BMC Public Health investigated data on over 133,000 Korean men and women aged between 40  and 69 years of age.

Remembering the past and thinking about the future

Boosting your immunity will improve your well -being

Catching up on sleep at weekends bad for health