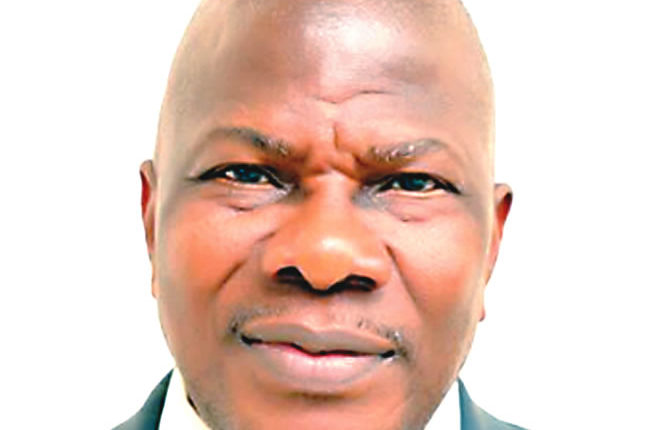 Against the constant bickering over segmentation of the Insurance industry and further directives by National Insurance Commission (NAICIM) for companies to increase their capitalisation for better efficiency, SANYA ADEJOKUN looks at the benefits of the initiatives.

INSURANCE companies take up risks on behalf of policy holders against unforeseen and sometimes anticipated hazards. This, it does by collecting periodic premium as form of indemnity. An indispensable fact about this industry is that profitability is based on ability to manage risk; not just the risk of tradeoff between debt and equity, but also the risk of taking up someone else’s risk and investing the liability from such on risky assets. Insurance thus facilitates economic transactions through risk transfer and indemnification and also promotes financial intermediation. The industry is thus essential to promoting financial stability, facilitating trade and commerce, and complementing government security programmes. It is therefore, particularly important to ensure efficiency and effectiveness in the performance of this industry in terms of the capital structure.

A measure of industry gross premium per capita density of Nigeria’s insurance industry is currently at $6.2 much below other African countries like South Africa: $762.5; Egypt: $22.8; Kenya: $40.5: and Angola: $30.5. Official statistics put the sector’s contribution to the economy as at December 31, 2018 at N1.3 trillion, indicating a compounded annual growth rate of 17 per cent over the last three years while Gross Premium Income (GPI) generated was estimated at N448.6 billion, reflecting a 12 per cent growth year-on-year.

In February 2020, Fitch Ratings reported that higher minimum capital requirements introduced by the NAICIM will necessitate consolidation among insurers and could ultimately be credit-positive for the industry. This report was sequel to introduction of higher minimum capital requirements for insurers with December 31, 2020 deadline by industry regulator. Fitch observed that the Nigerian insurance market was fragmented and intensely competitive, which was a limiting factor to the sector’s premium growth prospects. The insurance industry in Nigeria, it noted had declined in real terms in recent years as high inflation more than offset modest nominal gross written premium (GWP) growth.

Worse, Fitch said it expected a further decline in real terms when full 2019 financials were released as inflation continued to exceed GWP growth. “We estimate GWP growth at around eight per cent in 2018, compared with average consumer price inflation of 12.1 per cent in 2018. Fitch sees strong fundamentals supporting the long-term development of the insurance industry. These include Nigeria’s economic growth potential, a large, young, growing population and low insurance penetration.

“We believe that scale is a key credit differentiator in the Nigerian insurance market. Fitch believes scale can be leveraged to realise cost- and revenue-synergies, thereby improving profitability, while the strengthened claims-paying ability of insurers could help to build trust with a population that is skeptical of the benefits of insurance. Larger insurers in Nigeria have tended to outperform smaller rivals in real GWP growth and profitability.”

In reality, since the last recapitalisation of the sector, which was concluded in 2007, the value of the naira has depreciated from 125 units to $1 to 420/$1 on December 31, 2020. Thus it has become quite unrealistic for the economy to demand that the industry performed what it expected of it with such paltry capitalisation regime.

Attempt was made in 2011/2012 to introduce a Risk Based Capital and Supervision using BASEL II model. After extensive sensitisation and relevant documents were issued to the operator, an idea of home grown risk-based capitalisation (RBC) approach was born. This led to a tiered based minimum solvency capital (TBSMC) introduced in the third quarter of 2018 by the Commission. Unfortunately, this was also resisted by the operators and their powerful lobby led to the withdrawal of TBMSC. Finally, in May 2019, a new paid up share capital was introduced in May, 2019. The recapitalisation programme requires life insurance firms to meet a minimum paid-up capital of N8.0 billion, up from N2.0 billion introduced in 2007 while general insurance companies are now required to raise their minimum paid-up capital to N10.0 billion from the previous N3.0 billion. New paid up capital for composite insurance was raised to N18.0 billion from N5.0 billion and reinsurance businesses are now required to have a minimum capital of N20.0 billion from N10.0 billion.

In order to protect the interest of equity shareholders, a company uses proper mix of various types of securities including debts and equity in its capital structure. Thus, capital base increase through increase in shares subscription has the tendency to dilute the capital structure of companies with high gearing ratio. It will thus facilitate further borrowing at better terms. One of the reasons companies prefer raising capital through debt instrument is the cost of raising fund through new shares subscription but good enough; the commission is already working on palliative measures on the new capital directive.

At a workshop for insurance correspondents, it was revealed that bigger capitalisation of insurance industries will lead to improvement in the liquidity position of insurance companies. Currently, liquidity position of some of the underwriters has become severely eroded because they made heavy investment on fixed assets like building, land that are now impacting on their ability to meet current obligations as they fall due. The capital increase will thus make the company liquid to meet their obligations.

Despite the target of N1 trillion income by 2018, the industry managed to rake in N320 billion in that year mainly due to very low insurance penetration, which stood at less than one per cent by the end of 2020. Considering the high population and developing industrial/commercial sector, the potential for insurance business is very high. The high potential of insurance business is also evidence from foreign investors like Prudential Africa, Axa Mansard, Allianz Group, Old Mutual etc taking position in the country. Every system at the stage of early growth required high capital for exploration of the sector (i.e research, innovation and personnel development etc).

Also, the five insurance companies that were licensed in the fourth quarter of 2020 have also automatically gained an edge over most existing companies because they commenced operations on the basis of the new capitalisation threshold.

Adequate capitalisation is also expected to ginger emergence of holding companies and conglomerates, which require huge amount of capital for its operations. Short, medium and long term funds available in insurance business facilitate establishment of holding companies and conglomerates.  The capital increase will provide funds for such business strategy in which some of the underwriters have been approaching the commission for approval.

Since increase in capital would introduce new shareholders, new ideas and improved oversights resulting to better corporate governance in the system, it is expected that recapitalisation will engender mergers and acquisitions.

Given Nigeria’s huge untapped potential in the international global insurance market place, a well-capitalised industry where insurers with deep financial capabilities and excellent local capacity can play is desirable and will contribute to improve the local economy.

At the opening of 2019 National Insurance conference in Abuja, President Muhammadu Buhari charged insurers against fighting recapitalisation efforts of the sector by NAICOM and pledged that government would continue to support the industry to enable it to contribute effectively to the growth of the nation. He urged the operators not to fight the recapitalisation just because they could not raise the expected capital, stressing that the act to deepen insurance penetrations remained a responsibility to be carried out by all stakeholders.

Also at the conference, immediate past Insurance Commissioner, Mr Mohammed Kari explained reasons for radical reforms in the industry. “In order to remain relevant and become a critical contributor to the national economy, the industry must consciously be proactive and organised so as to take advantage of the opportunities provided by these disruptive developments while at the same time curbing their corresponding negative impacts. It is important to note that firms will only benefit from digital technology only if they embrace its potentials along the entire insurance value chain, including underwriting and claims management. This would therefore entail a rethink of the industry’s business strategy and alignment of its operational practices to contemporary economic context such as the Economic Recovery Growth Programme (ERGP) of the Federal Government, sustainable and inclusive insurance as well as exploiting the benefits of the implementation of the second Phase of Market Development and Restructuring Initiative (MDRI), among others.”

He explained that the reforms were in furtherance of the government’s determination to revamp the economy in order to ensure that the insurance industry becomes a significant contributor to economy of Nigeria.

Although the original circular mandating the recapitalization gave a June 30, 2020 as deadline, the disruptive COVID-19 pandemic forced NAICOM to extend the deadline to September 30, 2021. It however, mandated insurers and reinsurers to meet 50 and 60 per cent of their minimum paid-up share capital by December 31, 2020 and complete the process by September 30, 2021 respectively. In a circular, NAICOM noted that the incidence of COVID-19 pandemic made it difficult to proceed with the December 31, 2020 recapitalisation deadline; hence, a review became imperative in order to mitigate likely negative consequences of the pandemic on the exercise. According to the commission, insurance companies that failed to satisfy the required minimum paid-up capital by the end of December 31, 2020 may be restricted on the scope of business they will transact.

Despite the fact that both logic and law empower NAICOM to review minimum paid-up share capital of insurance companies from time to time through section 9(4) of the Insurance Act, 2003 empowers NAICOM to increase, from time to time, the amount of minimum paid-up share capital, operators have continued to use legislative and judicial means to stall attempts to exercise this authority.

On December 29, the House of Representatives wrote NAICOM to suspend the recapitalisation process. And for the second time in three years, NAICOM was on December 31, forced to suspend the process of recapitalisation after a Federal High Court granted an exparte order to that effect sought by some aggrieved insurance stakeholders. It thus halted the deadline for underwriters to have raised 50 and 60 per cent of the new capital while the remaining would be met by September, 2021. NAICOM’s spokesperson, Mr Rasaaq Salami, said: “You are aware that the issue is in court and there is an interim order of the Court. NAICOM, being a responsible and law abiding organisation, will respect the order of the court.”

However, in order to deepen insurance penetration Nigerian insurers should mobilise more capital to facilitate the acquisition of modern digital and technology-driven infrastructure necessary to aid their efforts. It is expected that just like the banking sector, meeting up with the new minimum capital requirement will help ignite a further consolidation of the insurance sector as some insurers may seek to merge or be acquired by bigger firms.

Currency outside banks increased by 24% on huge cash withdrawals —FBNQuest

Food inflation rises by 100 per cent in 10 years

Odu’a: The longing of a regional giant for global influence

100 for P-P-P: A fresh impetus to boost economy