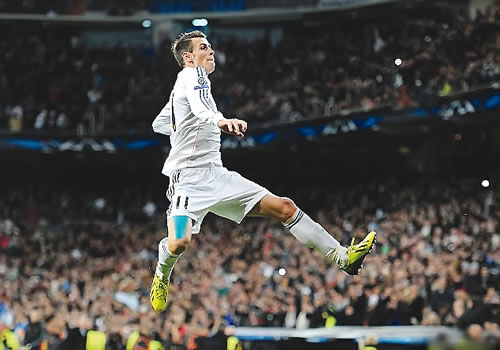 Gareth Bale’s inspired Euro 2016 rookies, Wales, to defy all odds and humble tournament’s favourites, Belgium 3-1 in a battle of the biblical “David and Goliath’’ to book a place in the semi-finals.

The Chris Coleman tutored men put up one of the most shocking results in Euro 2016 by neutralising the fire power of Belgium to reach its first semi-finals in 58 years.

Wales, coming against Belgium in the quarter-finals was tagged underdog, judging by the Belgians raking as the most senior ranked team in the competition.

The Dragons, however, smashed the 58 years wait for a semi-final game in a senior international football; smashing a record of Sweden 1958 World Cup with emphatic 3-1 win over Belgium.

Belgium came to the competition as number two in the FIFA’s ranking thus giving them a scorecard of the tournament’s favourite, only to be booted out by 26th ranked Wales.

Wales had to come from a goal down to level after a smashing long range strike from Radja Naingolan had put Belgium ahead in the 13th minute.

However, Wales through a well-fortified defence quenched the firepower of Belgium’s attack trio of Romeo Lukaku, Kevin De Bruyme and Eden Hazard to keep the scoreline.

Belgium also had Chelsea’s goalkeeper Thibaut Courtois to thank when he parried a low drive shot from Richard Taylor in the closing minutes of the game which could have made the scores 4-1.

The News Agency of Nigeria (NAN) reports that Wales will now face another tournament’s favourite on paper, Portugal in the semi-finals.