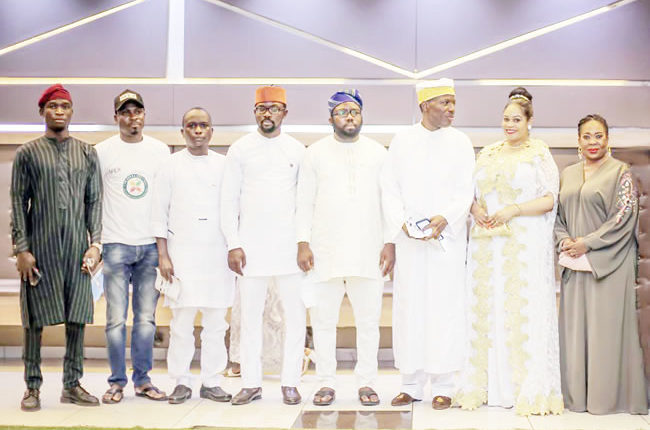 Having witnessed the production of cocoa in the late 19th century, it will be recalled that Nigeria became the second largest producer of cocoa in the world. Even before the country discovered oil, its Western region had judiciously used funds generated mainly through cocoa to establish the first television station in Africa known as the Western Nigeria Television Services (WBTV).

Also through money made from cocoa, the region built the tallest building in Africa, the Cocoa house in Ibadan and the first university in Nigeria with one of the best teaching hospitals in the continent among other key accomplishments.

But at the discovery of oil, the status quo changed as oil took the centre stage, relegating farming and cocoa processing to the bench. As a result, people lost pride in either cocoa planting or any other forms of agriculture. Even communities that produce the crop have since been in a state of neglect with lack of social services and physical infrastructure.

But as a way of reviving the dying cocoa farming culture in the minds of the people both in Nigeria and beyond, the Eti Oni Development Group, for the 8th edition of its annual festival, decided to employ the screen to pass the crucial message. The group launched the Royal Cocoa International Films Festival (RCIFF), a series of film festivals that was held in Nigeria, St Lucia, Monaco, UK and US in partnership with New Generation In Action (NGIA), Artisan Festival International (AFI) and World Peace Initiative, an award-winning US-based NGO.

The film festival, which was virtually declared open by the Osun State governor, Mr Adegboyega Oyetola, at the film house, Osun Mall, Osogbo on Friday, featured the premiere and screening of two-time Oscar Nominee, Barry Alexander Brown’s “Son of the South” produced by Oscar winner, Spike Lee. It also witnessed the screening of “5150” directed by Denzel Whitaker, written and produced by John Trefry and Denzel Whitaker. Other films shown are the “Legend of the Cocoa King”, a two-dimensional animation movie by HRM Oba Dokun Thompson, “Come Back to Me” (India) by Vineesha Arora-Sarin and “Between Mountains”, a feature film shot entirely on smartphone (USA) by Vineesha Arora-Sarin starring Amit Sarin.

According to the group, the 8th cocoa festival, which featured the RCIFF and ended on Saturday, was geared towards reviving the Nigerian cocoa industry in a bid to strengthen the diversification of the country’s economy.

In a speech presented at the virtual press briefing for the week-long programme which began on Sunday, November 21 at All Saints Anglican Church, Eti-Oni, with the theme: ‘The royal origin and traditions of cocoa – redefining Africa’s cocoa industry”, the group said the festival was also to celebrate 125 years of continued cocoa production in the town, which it said, has over the years attracted agriculturalists, agro-tourist and travel enthusiasts from all parts of the world.

Mike Adenuga: The man with the Midas touch