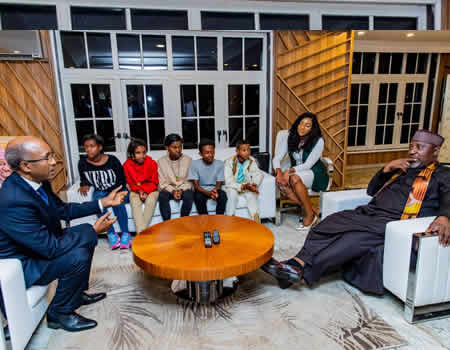 The Rochas Foundation College For Africa has welcomed another set of indigent students from Ethiopia.

“These five kids have a chance at quality education and the foundation is excited to welcome them, we are very confident that they would be worthy ambassadors of both their home country and the Rochas College of Africa”.

“We firmly believe that this would not only help reduce poverty and illiteracy in Africa but it would also serve as a major bridge-building exercise that further strengthen the unity of the black race”.

He noted further that the kids paid a courtesy visit to the foundation headquarters at Unity House, Abuja, after which they met with the founder, Senator Rochas Okorocha.

The kids he said were later flown to Owerri, the Imo state capital where the Rochas Foundation College for Africa is situated.

The Rochas Foundation has over the last twenty-one years offered free education to indigent children from across the country.