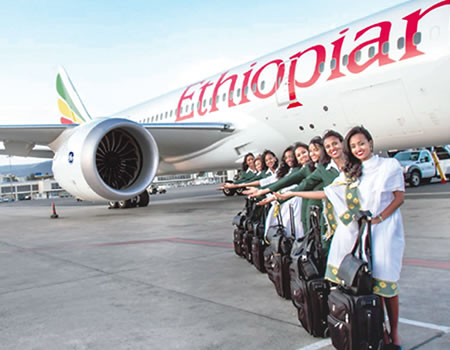 The Management of Ethiopian Airlines has assured its Nigerian passengers of its plans to return to Enugu and Kano Airports once the new terminals are officially declared open for operations.

Ethiopian Airlines has further declared that it was eager to provide Nigerian passengers with its traditional World Class Service in the most technically advanced Aircraft in the World.

The airline had on April 6th operated a Special Flight to Malam Aminu Kano International Airport as part of the gradual process of reopening the Airport.

Ethiopian has been Operating into Nigeria since 1960 and have stayed with Nigeria during good and difficult times.

When the Abuja Airport was closed for repairs two years ago, ET was the only International Airline that flew to the alternative Airport in Kaduna.

‘Why Nigerian airlines are yet to fully enjoy Cape Town Convention’