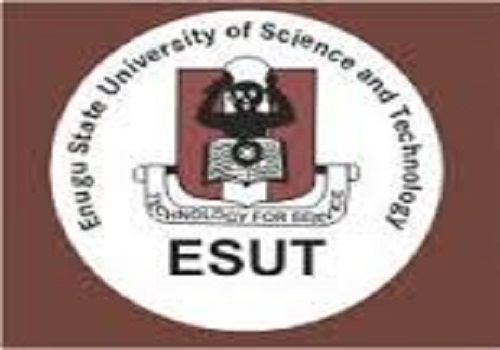 Professor Anike gave the advice at the 36th Matriculation Ceremony of ESUT held at the institution’s main campus in Agbani near Enugu, yesterday.

He said that the institution known  for its uncompromising and sustained policy of zero tolerance for exam malpractice and academic dishonesty.

“Examination malpractice is viewed with utmost seriousness here in ESUT and the consequences are grave,’’ he noted.

The vice chancellor noted that the management of the institution also has zero tolerance for indiscipline and cultism.

“You (fresh students) are warned about the grave consequences of indulging in indiscipline and cultism, which include expulsion and criminal prosecution.

On academic excellence, Anike said the management had begun a programme aimed at encouraging and rewarding excellence in teaching and research among academic staff of the institution.

“In this university, students are actively encouraged, through the award of university scholarships, to take their studies seriously to enable them graduate in flying colours and impact meaningfully on the society ,’’ he said.

One of the new students, Master Obinna Ani, said that he would study hard to make the Cumulative Grade Point Average (CGPA) of 4.50 in his first year in order to qualify for the university’s scholarship award.

“Apart from getting the scholarship award, I will work hard to make my parents proud by graduating with a distinction, “he said.

A total of 6,448 fresh students, who had been given provisional admission, were matriculated.