Escaped Kano lion yet to be returned to cage — Zoo boss 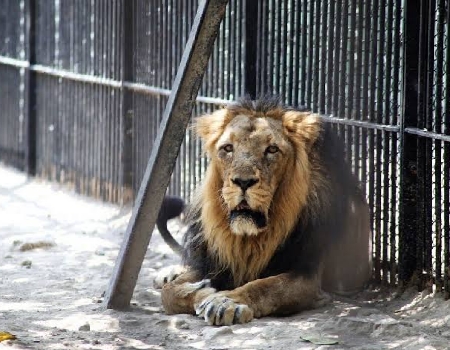 The lion which escaped from Kano Zoological Garden is yet to be captured and returned to its cage in the Zoo, an official has disclosed.

The Managing Director of the Zoo, Alhaji Saidu Gwadabe, told News Agency of Nigeria (NAN) in Kano, on Sunday that the operation was still ongoing.

“The lion has been sedated but we are still waiting for a reinforcement of a stronger sedative to have a full control of the animal.

“The professionals with the support of armed security personnel were able to sedate the lion which has not been very effective. So we have sent for reinforcement,” Gwadabe said.

NAN recallS that the lion escaped from its cage on Saturday night when rangers were trying to put it back to its cage after they returned it from the national agricultural show which took place in Nasarawa State.

NAN also reports that many residents of the area have remained indoors since the incident happened on Saturday night.

Similarly, since the lion escaped from its cage, the ever busy Zoo Road was completely deserted by motorists. (NAN)