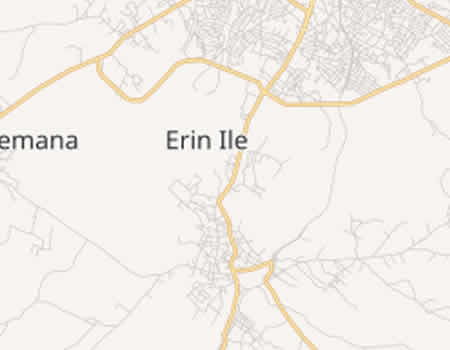 People of Erin Ile in the Oyun local government area of Kwara state have expressed joy over Supreme Court verdict confirming ownership of disputed land between the community and the ancient Offa town to Erin Ile community.

Speaking after a town hall meeting of indigenes of the community in Erin Ile at the weekend, the national president, Erin-Ile Progressive Union (EPU), Chief Samuel Olu Alabi, said that a committee had been set up to review the Supreme Court judgement and take eventual ownership of the land.

“We are running a community not a one-man show. We have already set up a committee to review the judgement. The committee will advise the EPU national body and the Elerin of Erin-Ile on the way forward. It will be too hasty for us now to say the steps we will take. We are studying the judgement and at the end of the day, the whole world will know where we are heading for. But, unlike 1973 that we did not take steps, this time around we will take the necessary step in accordance with the judgement. When and how we are going to do it is not yet determined”, he said.

Chief Alabi, who is also the Olu Omo of Erin Ile, recalled that in 1973, pursuant to administrative judicial panel headed by Justice Daramola, a Supreme Court judgement on December 10, 2018, confirmed the boundary of Erin-Ile as far as NEPA office, the present Offa Descendants Union (ODU) secretariat, and several other places, as belonging to Erin-Ile.

“The court has also classified the appeal by Offa people as abuse of court processes against known legal norms. It confirmed that the Erin-Ile land covers where we now know as the Federal Polytechnic, Offa, Avalon Hotel and many other places. That is the background and the summary of the
judgement”, he said.

The traditional chief of Erin Ile community, who pledged that the people would be peacefully carrying out the execution of the court judgement, said there are established procedures for executing court judgement.

“This is what we are going to adopt. We will not do anything against the law. Any judgement that is not enforceable is a mere waste of time and our judges would not deliver judgements that cannot be enforced. We must know that there is no appeal after Supreme Court judgement.

“As I said, it is not going to be like military intervention. The whole world will be told. Our neighbours will be duly advised by newspaper adverts. We will not allow people to work on sentiment and allow least informed people to think Erin-Ile is troublesome and violent. We are not going to give room for that.

We are talking about community rights, community advantage and judgement gotten by a community, not an individual.

“I am a peace loving person. I assure everybody that during my time as EPU president there will not be a drop of blood. No item is worth the life of anybody. Not even land. We advise our youths, in particular, to remain calm. We have also warned our youths not to over jubilate because at times jubilation might incur the wrath of the other person. We told them to be cautiously joyful in their respective houses and leave the rest to court process to take charge. There will not be any crisis at least from our own end. To execute court judgement is legal and legitimate.

In his response to the development, the first Vice President of Offa Descendants’ Union (ODU), Dr Bashir Adepoju, said that the claim is not true.

“It is simple. Their claim is not true. But we have no right to discuss the issue with you now as we are in a festive mood. Offa is celebrating its annual cultural heritage called Ijakadi Festival now. When you come back in January 2019 or some other time in future, we will give you detailed and balanced view”, he said.

I am still a bonafide member of PDP ― Senator Ewuga