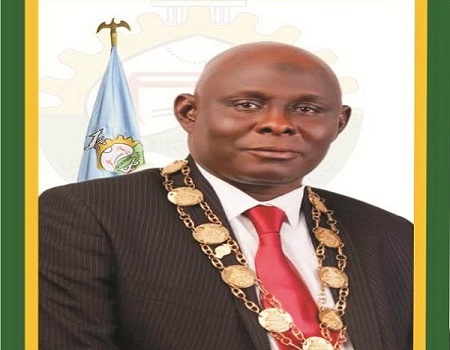 Tertiary institutions in the country have been charged to as a matter of necessity equip all engineering students with the practical skills needed to facilitate the nation’s quest for technological development, particularly to reshape the post-COVID-19 era.

The charge was given by the President of the Nigerian Society of Engineers (ŃSE), Dr Babagana Muhammad while on a working visit to Gombe over the weekend.

He noted that by their establishment, tertiary institutions were supposed to provide qualified manpower for industrial development in order to enhance the socio-economic development of the country.

Babagana Muhammad said, “we understand that there is a mismatch between the academia and the industries. Ordinarily, it is the academia that is supposed to provide qualified manpower for the industries in order to fast-track the nation’s economic development.”

He added: “Most at times, people criticise graduates for not performing well while the problem is not from the graduates but the institutions that have failed to identify the kind of skills to enable them to work in the industries.

“What the graduate learned in the school may be different from what he met in the field. In school, he was taught the theoretical aspect while in the field he was given spanner to work.”

He, however, advised that “institutions must look at the industries, train undergraduates based on the requirements needed for industrial development in consideration with technological advancement.”

Babagana Muhammed then inspected some completed township and feeder roads in the state and commended Governor Inuwa Yahaya for completing some of the projects started by the previous administration as well as the ones initiated by his administration.

Before rounding up his visit, the NSE President paid the traditional homage to the Emir of Gombe, Alh Abubakar Shehu Abubakar III during which he commended him for giving scholarship and sponsoring the less privileged to schools.

Ekiti elders counsel youths against violence over ban on festivals