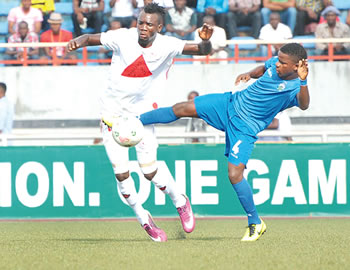 Players of seven-time Nigeria champions, Enyimba have not been paid salaries for three months now, AfricanFootball.com has been informed.

The players said this month (July) will make it fourth straight month they have not received their salaries.

According to one of the players, who did not want his name to be mentioned, they have most disappointed that the management did not even address the team to state why they are yet to be paid.

The player said the major reason the Aba club is not doing very well is because they lack motivation.

“No one can play football on an empty stomach,” said the player.

Enyimba is fourth on the league table and bottom of its CAF Champions League group B, which has Zamalek of Egypt and Mamelodi Sundowns from South Africa.