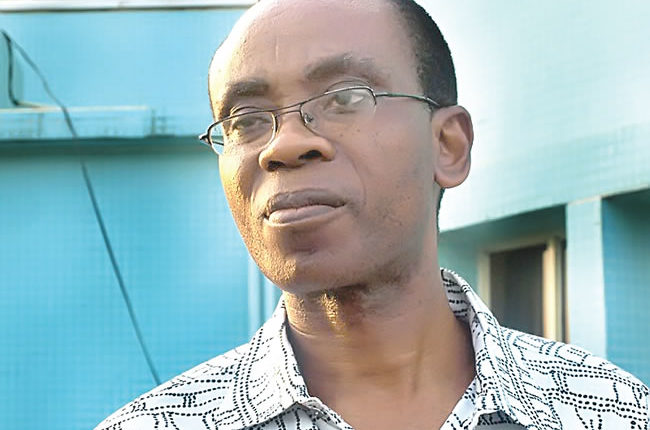 AN environmentalist, Nnimmo Bassey has raised a red flag on Blue Economy in Africa, saying that the Blue Economy portends great danger for the continent and its people.

Bassey made the remarks at Health of Mother Earth Foundation (HOMEF)’s School of Ecology Session on “Blue Economy Blues” that held September 10 and 11, 2020.

.In his speech Bassey cited a statement credited to an African Union official who speaking on the Blue Economy said that “potential of oceans, lakes and rivers is unlimited.” He further added that the Blue Economy would move Africa “from an economy of harvests from limited resources to an economy of harvesting unlimited resources if we organize ourselves well. With the exploitation of resources come also sustainable financial means. But to approach this revolution we must completely change our perspective.”

Responding to this, Bassey said that “ This vision raises a lot of red flags. Firstly, there is nothing that is limitless on a finite or limited planet. This idea of unlimited resources is what has gotten us into the current ruinous state, at national as well as global levels.”

According to him, “Besides the illogic of limitless aquatic resources, the economic template could open our oceans for risky geoengineering experimentations ostensibly to flight global warming.

“We must understand that the Blue Economy is about the exploitation of water bodies. Just like land grabbing is raging across Africa, the Blue Economy will unleash an exacerbated sea grab on the continent. Already, marine resources on our continental shelf are being mindlessly plundered and trashed. The Blue Economy will solidify this trend. Maritime insecurity will intensify, and our artisanal fishers will be at great risk. Deep sea mining will increase the pollution of our water bodies. It is speculated that marine biotechnology can bring Africa up to $5.9 billion by 2022, but in a continent with very lax biosafety regulations this will mean reckless exploitation, contamination of local species and exposure to more risks and harms.”

The environmentalist noted that “What we need is not cosmetic programmes that lock in the current ruinous track but a completely overhauled economic system built on the picture of a future that is truly socially inclusive, environmentally sustainable and economically just.

Furthermore he said that, “Applying the mercantilist notion of the Green Economy to seas, rivers and other water bodies will further erode the seeing of the gifts of nature as things that should be protected, preserved and nurtured from an intergenerational perspective.  This is imperative because over 200 million Africans draw their nutrition from freshwater and ocean fish and over 10 million depend on them for income.

“Africa literally floats on water. She is surrounded by water. The Blue Economy covers the use of aquatic species, including those found in the creeks, rivers, lakes, oceans and underground water. It covers fisheries, tourism, transport, energy, bioprospecting, marine biotechnology and underwater mining. These will clearly have serious negative impacts on the integrity of our aquatic ecosystems.”

President Buhari focused on nation building and unity of Nigeria