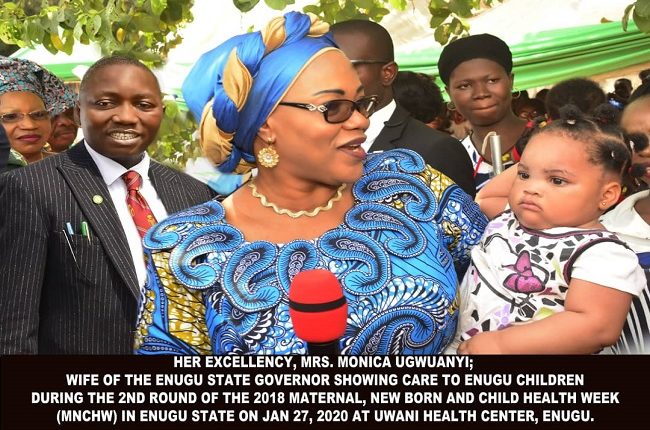 The Enugu State Government says it has commenced a massive exclusive breastfeeding sensitisation across the state so as to eliminate stunted growth among infants and children.

Ugwu spoke on the background of the ongoing commemoration of this year’s “World Breastfeeding Week”, which holds between Aug.1 and Aug. 7.

The executive secretary said that the move was to ensure that mothers, especially nursing mothers apply exclusive breastfeeding properly as well as take all necessary vaccination to reduce the health burden of infants within the state.

According to him, the ongoing massive sensitisation at PHC centres and other public places and gatherings on proper exclusive breastfeeding is to complement what Mrs Monica Ugwuanyi is already doing.

“It is clear that a properly exclusively breastfed infant will be highly protected from all forms of sicknesses, known or unknown as well as the newly emerging ones like the COVID-19.

“Breastfeeding is highly beneficial to the infant and the mother.

“So, government and its partners through ENS-PHCDA has started a massive sensitisation in PHC centres and rural public places to teach our people the best way to ensure exclusive breastfeeding and its immense benefit to the family, community and state.

“It is clear, with empirical evidence, that exclusive breastfeeding and complete immunization will help babies to live very healthily, strong and have fast growth and development,’’ he said.

Ugwu also said that the sensitisation was not only restricted to nursing mothers but to all family members, community and religious leaders as well as local government officials.

He stressed the importance of early initiation of breastfeeding of the child within the first one hour of birth, and exclusively, running for six months.

The executive secretary said that there was a need to introduce solid food after six months to complement continuous exclusive breastfeeding, meant to last for two years or beyond.

“Mothers breast milk contains antibodies that help babies fight viruses and bacteria, as well as lower babies’ risk of having asthma or allergies,’’ he said.