Entrepreneurship+
By ADEKUNLE SULAIMON On Feb 15, 2021 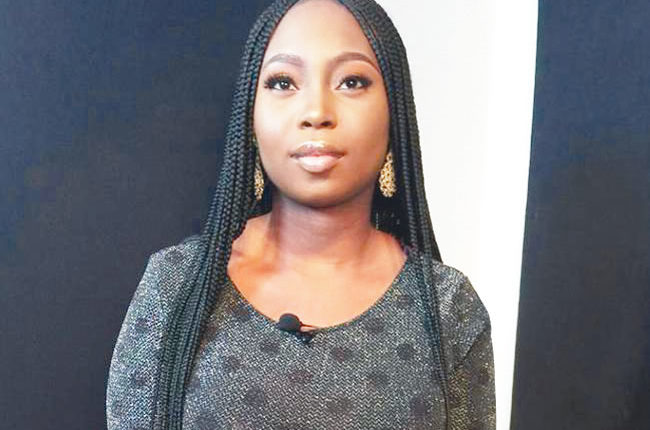 Sidikat Seriki is the Chief Executive of Khatseed Ushering Agency. In this interview with ADEKUNLE SULAIMON, she speaks on how she made an edge in ushering business and how she is exploring new grounds to develop youths through her platform, and engage girls to be financially independent .

Sidikat Seriki. a graduate of the Department of Political Science, Faculty of Social Science, University of Ilorin is an entrepreneur, who engages in using ushering agency to get youths involved and financially independent with Khatseed Ushering Agency. She’s  from Kwara State.

According to Seriki, the Chief Executive Officer (CEO), Khatseed Ushering Agency revealed that her agency is a fully registered platform with the Corporate Affairs Commission (CAC).

“I started ushering when I was an undergraduate in UNILORIN as a result of my passion for people’s treatment at events and coordination of programmes. I decided to monetize it after getting to know more about what ushering agencies do. Although, in my quest to garner more experience, I worked for an ushering agency to know the nitty gritty of the work and it was what broaden my scope of the business,” she said.

“It wasn’t really easy, after securing my first deal for an event scheduled to hold on campus, I decided to call for an audition for interested ushers laying emphasis on the fact that it was a voluntary job, surprisingly, I got a lot of interested students, in about three days to the event. The girls were really happy to be at the event and at the end, I was able to compensate them with the little I was paid with, Seriki said

I have handled a lot of events in Lagos, Oyo, Ogun, Kwara and Abuja. In fact, I have lost count.

“Handling stress is a core aspect of ushering. I don’t even call it stress anymore because it can take side from either my staff members or the organisers, even the guests especially when you have to convince them on where to sit.

While reacting on her challenges, Seriki opined that “It is getting a job, professionalism aside. It takes another grace to get job, ushering works are handled by the bigwigs, only sheer grace will make a yet-to-be-identified agency like mine be given a big job. So, what I do majorly is submit proposals with adequate preparation time to meet with the host of those events so as to convince them to give me the contracts.

“Another is sexual assault that follow when I want to get a contract, even when I try to be decent and responsible as possible, I get annoying compliments and the reason for my visitations defeated as love stories are what precedes and end the supposedly business dialogues.”

She recounted that during the lockdown, she was just home, thinking about the possible ways of expanding her business and attended virtual trainings on ushering and event planning. She added that it wasn’t a waste of time for her.

“Even till this moment that the lockdown has been lifted, we are yet to bounce back to normalcy, we are still hoping to come out big and have been complying with the guidelines stipulated by NDDC on the pandemic,” she corroborated.

“I have applied for many of them especially during the lockdown because I had the time to do so and more but all to no avail. Now, I have only taken it upon myself to fund my business because grants aren’t just coming, or maybe I was the one getting it all wrong. But I must confess, it’s not easy to get a business grant in Nigeria especially when your business is considered trivial.

“My current staff strength is about 200. My agency cut across different states and we are still working on being in all the states in the country and internationally,” she asserted.

‘My passion is driven by solving tech issues’

Entrepreneurship Diary: I have no regret quitting education for my passion —Tesa…