Entrepreneurship+
By ADEKUNLE SULAIMON On Apr 26, 2021 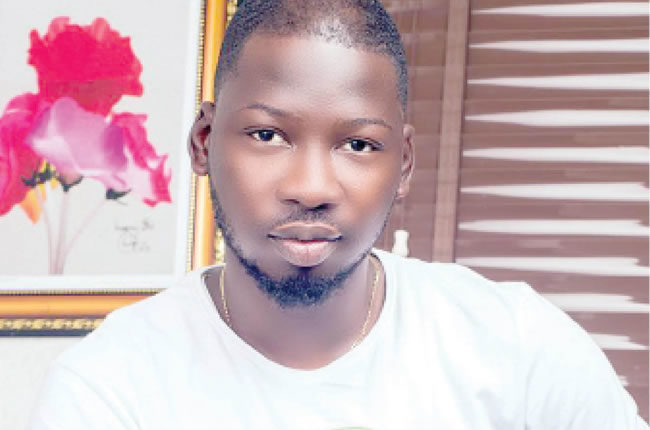 Samsondeen Olagunju, the Executive Director of Glite Farms & Agro. In this interview with ADEKUNLE SULAIMON, he speaks on how his farming and agro-allied production business has impacted lives of people, farmers and consumers in diaspora.

Olagunju, a graduate of the Department of Political Science, University of Ilorin is a serial entrepreneur, who engages in modern farming for exportation to meet up the demands in the market by networking with final consumers and agro merchants through his platform called Glite Farms and Agro.

He is a full-time agricultural enthusiast, who has sold about 1,000 seedlings of cash crops and is one of the many farmers bringing back the glorious past of the place of agriculture in the country’s economy.

According to Olagunju, the Executive Director, Glite Farms and Agro, which comprises of other businesses is a fully registered platform with the Corporate Affairs Commission (CAC).

“Glite is the brainchild of my research benefit, its birth was a result of the value chain and challenges of agriculture that specifically got me motivated,” he said.

Olagunju explains that he was motivated to go into business after experiencing the success of a military man, who engages in cloth business while he was living in the barracks.

”I started with the motivation of beginning small after the soldier narrated how he began the business to me and it has been quite challenging but with the implementation strategies derived during my cause of researching, I have traded and bartered with the appropriate authorities of the business in many farming communities.”

While providing answers on how he excelled exporting farm produces, Olagunju said “The demands in the market after observing many needs instigated his interest in trading and networking final consumers and agro merchants on the farm sites which eased his business.”

Reacting on the standard capital required to start the business, he said he launched with about N1.5 million and other assets, skills, labour.

Olagunju asserted further that the essence of his passion for farming is to ensure more food production which has been one major problem in the country especially during dry season but postulated that he has ensured that after every season, he expands his farming conditions in order to increase his farm outputs.

He highlighted challenges of climates change, farm interference by the known herdsmen and poor stability as factors militating the agro sector.

He proffered solution to many of the problems suggesting that the government create a structural and feasible business plan for the farmers with the adoption and implementation of modern techniques and technology for farm development and excellent production results.

”Agriculture from the onset has been the synergy for development in Africans and I can say that its relevance creates a timely and sustainable means for livelihood, therefore it’s one of the paramount goals that can save lives and enhance the harmonisation of peace in Nigeria and Africa at large.”

”In the next five years, Glite farms and agro would have been able to penetrate and saturate the four walls of Africa and other continents in producing, promoting, and packing quality, healthy and nourishing farm and agro products for better lives and sustainable means of income through local and international trades of agricultural products.”

‘If you don’t do something substantial, you won’t get attention in business’ My mum spurred my interest in entrepreneurship —Zircon boss

Over 500 of our members are being punished by FG for rejecting IPPIS, says ASUU

‘If you don’t do something substantial, you won’t get attention in business’ My mum…