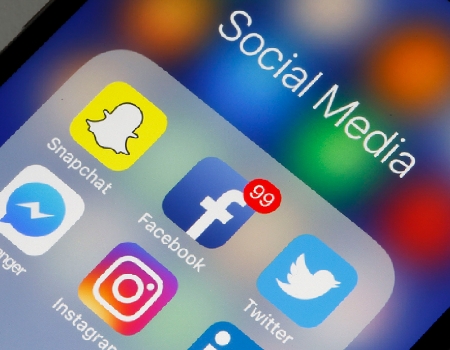 Ebonyi State Governor David Umahi has called on security agencies to enforce existing social media laws to save Nigeria from imminent collapse as a result of fake news.

The governor stated this when he received the Deputy Inspector General of Police in charge of the South East Zone, DIG Joseph Egbunike, at the Executive Council Chambers of the old Government House, Abakaliki on Friday.

According to Umahi, Ebonyi State Government would soon come up with a law to tackle the menace of fake news which he noted breeds social unrest in the society even as he pledged to support the ongoing Operation Restore peace in Nigeria Police Force in the South East Zone.

“The most dangerous attack on the Nigerian nation is fake news. We have sufficient laws to checkmate this fake news. I can assure you that we are doing everything we can to reorientate these boys: we have offered amnesty. My position is that this agitation should be aggregated to enable leaders to engage the centre. We are not the only ones that are marginalised and no one is burning down police stations and killing policemen except the South East.”

Governor Umahi also lauded the Acting Inspector General of Police, Baba Usman for his efficient leadership of the Police Force and urged him to sustain the effort.

He further reminded the people that most of the police stations were built by host communities and wondered how the people would raise money to build new ones after these spates of destructions.

22 years of democracy full of bloodshed —Victims of attacks