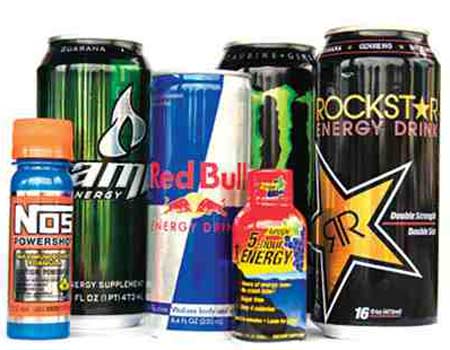 An Ilorin-based medical practitioner, Dr Ayobami Olanrewaju, has said that excessive consumption of energy drinks could, among other things, cause palpitations and high blood pressure in consumers.

Olanrewaju told the News Agency of Nigeria (NAN) in Ilorin on Wednesday that youths should be wary of disproportionate intake of energy drinks as it was capable of damaging their health.

‘‘The rate at which youths now consume energy drinks is worrisome and calls for attention.”

‘‘Energy drinks are high in caffeine and they change the way the heart beats, which can increase the risk of potentially fatal heart rhythm problems.”

‘‘Usually, energy drinks contain taurine and caffeine as their main pharmacological ingredients and the amount of caffeine is up to three times higher than in other caffeinated beverages like coffee or cola.

‘‘And, there are many side-effects known to be associated with a high intake of caffeine, including rapid heart rate, palpitations, rise in blood pressure and, in the most severe cases, seizures or even death,” Olanrewaju said.

He also warned that people known with heart rhythm problems (arrhythmias) should try as much as possible to avoid energy drinks because changes could trigger crisis.

He stated that mixing energy drinks with alcoholic drinks was even more harmful than taking it alone.

‘‘This is because alcohol intake can increase heart-beat rate, so mixing it with energy drink could compound the problem,” he added.

New Minimum Wage: We are running out of patience ― NLC Warns FG