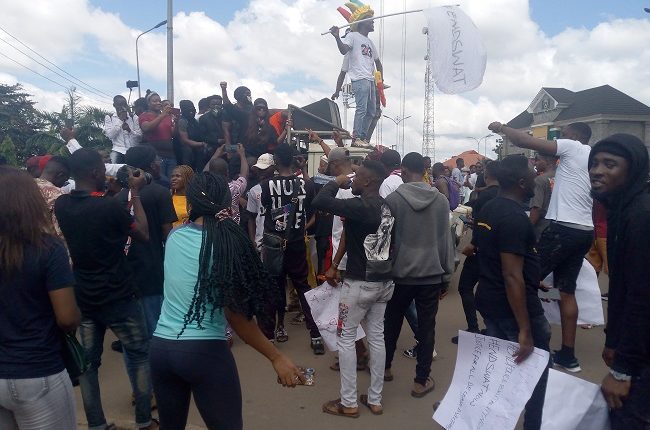 Over three thousand #EndSARS protesters comprising celebrities and youths from within and outside Ebonyi State have called on the Inspector-General of Police to end to create a Special Weapons and Tactics (SWAT) and rather make police salaries work attractive.

According to them, the salary increase will help to fight against wickedness, anger that are being exhibited by the security agents.

The youth made the call in Abakaliki when they blocked the gate to the state government house chanting anti-SARS songs and bearing placards with various inscriptions including “SARS kills us more than Corona Virus” ” Crazy Jean no be a crime” “I am a producer I no be Yahoo boy” “Say I draw tattoo no make me a thief” and others called for an end to all forms of Police brutality.

One of the lead protesters and a Nollywood celebrity, Angela Okorie who spoke to journalists at the Government House gate said she chose to spearhead the protest in order to guarantee the safety of the youth including her own son.

According to her, many young lives had been wasted as a result of brutality unleashed by the Police against the youth, adding that criminality should not be judged by one’s fashion and hairstyle.

She further noted that she decided to engineer the protest in Ebonyi because Ebonyi State is her home.

Okorie said: “I am supporting the protest because I am a youth too, and I have a son, and I do not want my son to suffer tomorrow like every other innocent children killed on the streets for no reason. 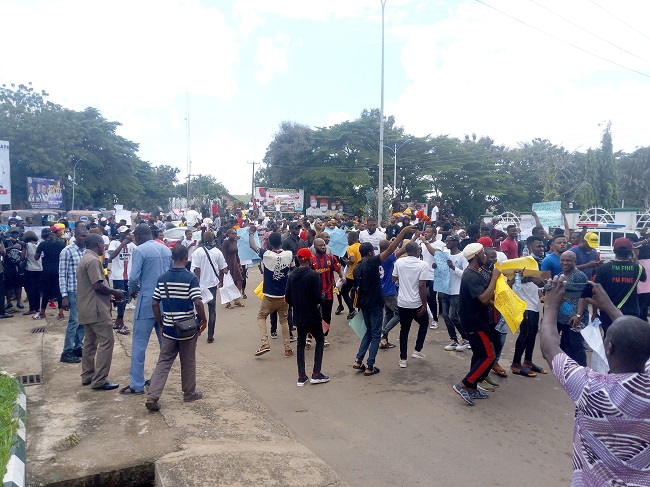 “They need to understand that it is a peaceful protest, that we want them to end SARS. The bottom line is end SARS, end SWAT, end Police brutality.”

Others who spoke in choruses including Steven Ugama, Kingsley Onwe, demanded a total reformation of the Police force with adequate psychological and other training to curb their excesses, adding that they reject both SARS and its transformation into SWAT.

They also demanded justice for all victims of Police brutality by bringing all culprits of extra-judicial killings to book. 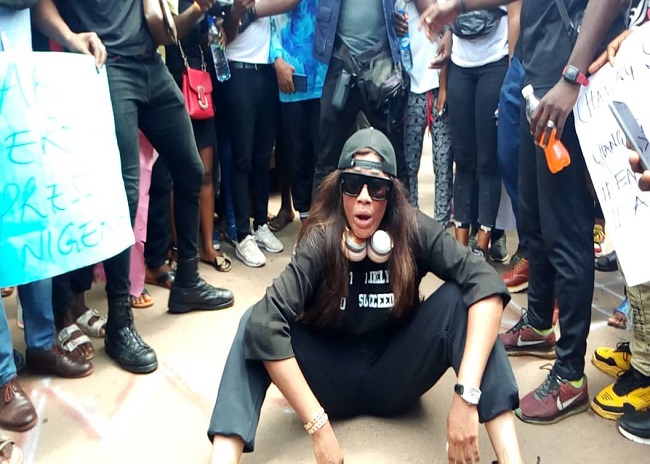 However, their mission failed to achieve the desired result as no government official from the government house came out to meet them after about over 5hours of waiting.

After waiting for about five hours, the protesters refused to listen to the Special Assistant to the governor on security, Mr Ben Nwovu who attempted to address them, insisting that only Governor Umahi or his deputy can address them.

Policeman, lawyer stage walkout as panel rules in favour of 47 #EndSARS victims in…