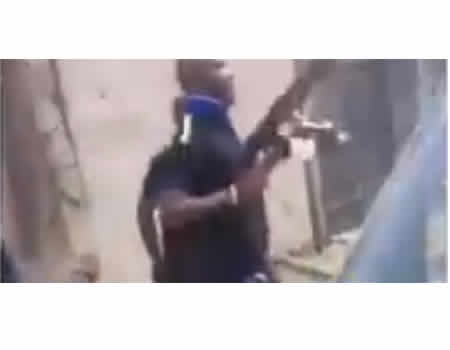 The SARs operatives were said to have arrested and handcuffed the suspects and after torturing them, one of the police officers brought out his gun and shot them twice.

“We no dey waste time. Comot there make them kill the idiot,” one of the officials muttered in the video.

Meanwhile, the action generated a lot of reactions from Nigerians who condemned the SARs men’s action on Twitter, with the #ENDSARs hashtag.

The EIE Nigeria posted the viral video via its Twitter handle. See below: