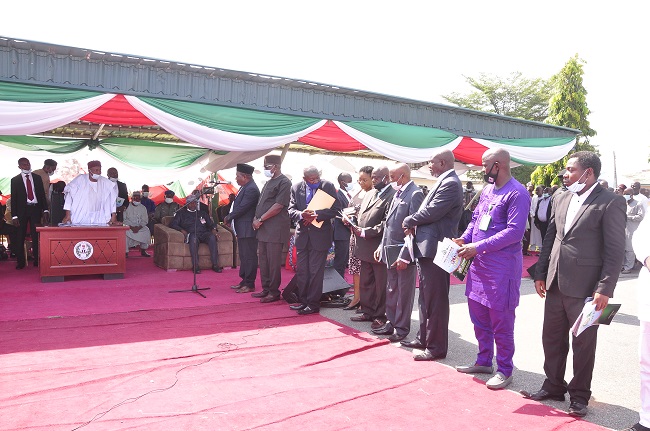 Taraba State governor, Darius Ishaku, has on Thursday, inaugurated a 10-man judicial panel of inquiry and restitution for victims of police brutality and other security agencies.

Ishaku while performing the ceremony in the state government house, in Jalingo, said the move was due to the prevailing trends of events surrounding the genuine demands of the #ENDSARS protest by youth in the country.

He disclosed that the decision was also in compliance with the National Economic Council (NEC)’s directive on all states of the federation to constitute a panel to probe police brutality and killings in the country.

Correspondent reports that the panel which has Justice Christopher Awubra as chairman is expected to submit it report within two months.

Ishaku noted that the panel is to follow the term of preference as mandated and appealed to the youths to sheath sword as their demands have been received and are being acted upon by the government.

Responding on behalf of members, Justice Christopher Awubra promised the panel readiness to deliver on their mandate.