.We will respond to inaccuracies, cover ups in White Paper – Adegboruwa 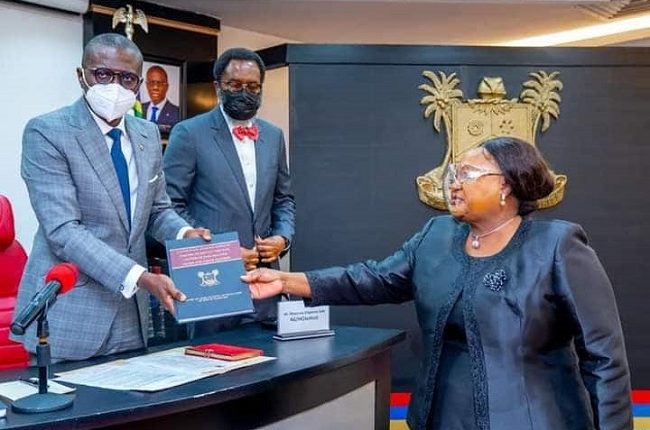 The group in a statement titled: “EndSARS: Lagos Judicial Panel of Inquiry and the many half Truth,” stated that Lagos, more than any other places, witnessed wanton destruction of public and private assets in the violence that trailed the protests, adding that the coordinated arson that trailed the EndSARS protests became a wake-up call and the governor of Lagos State, Mr Babajide Sanwo-Olu, to without further hesitation, constitute a Judicial Panel of Inquiry on the events of October 20, 2020 and on reports of previous cases of police brutality against citizens of the state.

The group said that it was in the sincerity of Governor Babajide Sanwo-Olu that he nominated notable persons cutting across the judiciary, civil society, media and the youth constituency as members of the panel, adding that “sadly, despite the commitment of the state government towards ensuring that the Judicial Panel provides justice for all and discharge its duties with all sense of sincerity, certain individuals, allowed the manipulation of the works of the panel and its eventual recommendations, by external influence, thereby altering the integrity of the process, while producing many recommendations that are premised on half-truths, and inconsistent evidences.

“Despite the glaring inconsistencies and falsehood, that characterised the report of the judicial panel, we cannot but appreciate the governor of Lagos, Mr Babajide Sanwo-Olu, for accepting the report and proceeding to release a white paper consideration of the panel’s report, with the clear intention to execute the credible recommendations of the panel, the group said.

It, however, said that in view of the release of the panel’s report, it has some questions: “Why should we trust Mr Ebun-olu Adegboruwa, a member of the panel, who leaked official documents, before it got to the table of the governor who constituted the panel?

“Is Adegboruwa a victim or a jurist in this matter and  why is he crying more than the ‘victims’ even before the release of the White Paper by the Lagos State government.

“Why did the panel refuse to speak or make recommendations about the destruction of Lagos in the aftermath of the protests? Does it mean that only few lives matter and not all lives matter? How many Judicial Panel of Inquiry enjoyed the independence granted the Lagos panel by Governor Sanwo-Olu and where is the justice for policemen who lost their lives and the police stations and properties destroyed during #EndSARS?” the group asked, encouraging the Lagos State government to focus on reforms: stopping abusive police practices, ensuring justice for victims and overhauling law enforcement while also commending the Babajide Sanwo Olu led government for leading the state well as it seeks a proper channel and platform for healing and reconciliation.

Meanwhile, Lagos based activist and lawyer who was a member of the panel, Ebun-Olu Adegboruwa (SAN), stated that at the appropriate time, they will respond to all the inaccuracies, cover ups and the inconsistencies contained in the White Papers released by the government, emphasizing that nothing can cover the truth.

“Since November 15, 2021, when the reports of the #EndSARS Judicial Panel were submitted to the Lagos State Government, a good number of my colleagues, friends and admirers have prevailed on me to refrain from further public pronouncements on the activities and reports of the panel since the government was studying the said reports.

“On November 30, 2021, the government released two separate White Papers, to the general public. The panel was not informed of this action and it was not availed copies of the said White Papers, till this moment.

“It has become necessary therefore for me and all other Members of the Panel to study the White Papers and make appropriate responses thereto. There will be no holds barred, since the government itself has opened the doors for public scrutiny of the report and the white papers. For the records, the Panel relied upon the evidence of witnesses, documents tendered before it and the goodwill of the people of Nigeria, throughout its assignment,” Adegboruwa concluded.