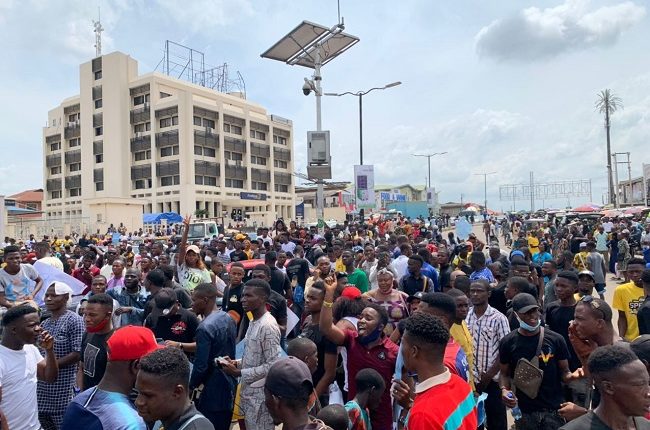 With the protests going on all over the country, for the agitation to #ENDSARS and clamour for better governance by the youth, protesters in  Ibadan have once again gathered at the Challenge roundabout putting the entire city on lockdown.

The protest had been going on all over the country, being organised by youths of each state at different time and days. 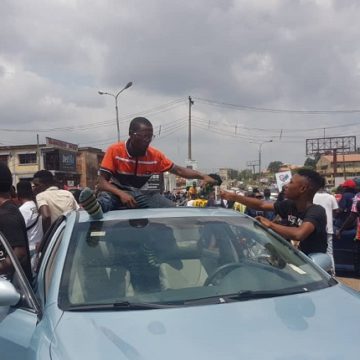 Tribune Online gathered that at the early hours of 12 pm, cars were stopped from passing through, as the whole roads leading to Molete, Iwo-road, Ring road had been blocked by ongoing protesters.

Aside from the protest going on, youths seem to carve out for themselves a moment of fun as bottles of alcoholic beverages, and other things to spice up the day,

The protest is still going on as plans have been set out to continue to have a party today, stream live match on Saturday, and Sunday service on Sunday.

The All Progressives Congress (APC) has told a Federal High Court in Abuja, that the Comrade Adams Oshiomhole-led National Working Committee (NWC) was sacked to solve the internal leadership crises rocking the party…#EndSARS protesters #EndSARS protesters

The party also said that immediately the Caretaker/Extraordinary Convention Planning Committee was put in place after the NWC’s dissolution, the crises that had characterised its affairs were laid to rest…#EndSARS protesters  #EndSARS protesters

His son, Aminu Shehu Idris, confirmed in an interview with the Tribune Online that his late father who was appointed on 15th February, 1975 and spent 45 years in the throne died on Sunday after a protracted illness…#EndSARS protesters