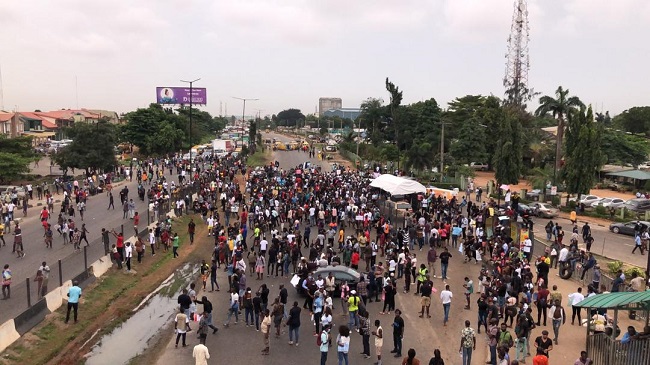 Share
The Lagos State Commissioner of Police, Hakeem Odumosu on Wednesday morning met with  Area Commanders, Divisional Police Officers urging them to be calm as protesters again blocked vehicular movement in parts of the state.
He urged the officers to be calm, professional and avoid any confrontation that can trigger crises in the state as a result of the ongoing protests against police brutality.
The is just as protesters have continued to agitate for a total end to police brutality in Ikeja, Alausa and Lekki areas of the state.
The protesters blocked the major highways in Lekki and Ikeja and prevented movement into the Lagos State Secretariat in Alausa. 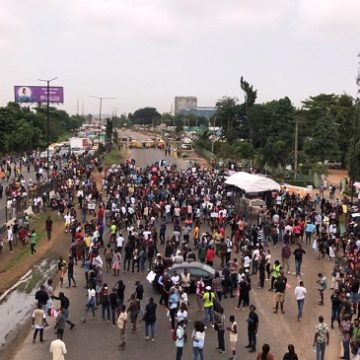