The #EndSARS protests around Lagos did not exempt sensitive places like the Murtala Muhammed International airport.

The #EndSARS protesters in large numbers gained access through Oshodi to the Tollgate at the international wing of the airport to disrupt operations.

They were only able to get to the Tollgate where they blocked vehicular movement as further efforts to enter the main airport was frustrated by the presence of law enforcement agents within the airport.

Vehicular and human movement was halted for the period the protesters stayed at the Tollgate.

Due to their inability to march through the international wing of the local airport, the protesters made their way back to town through the Oshodi axis. 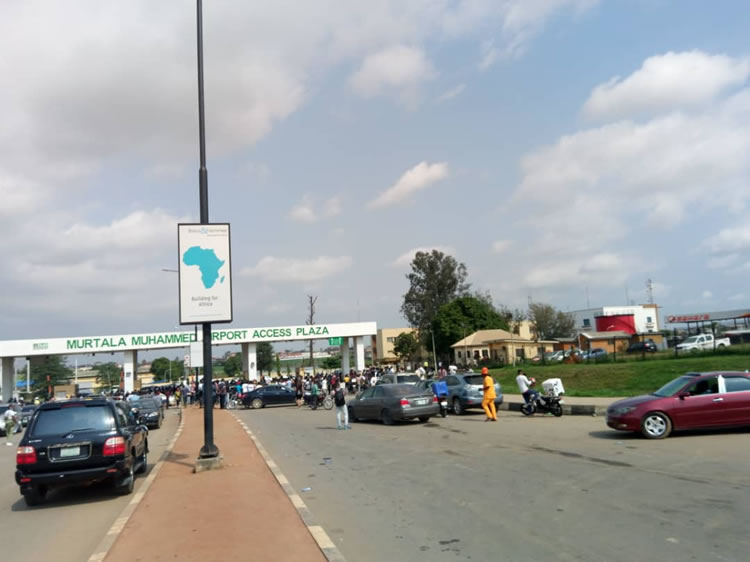 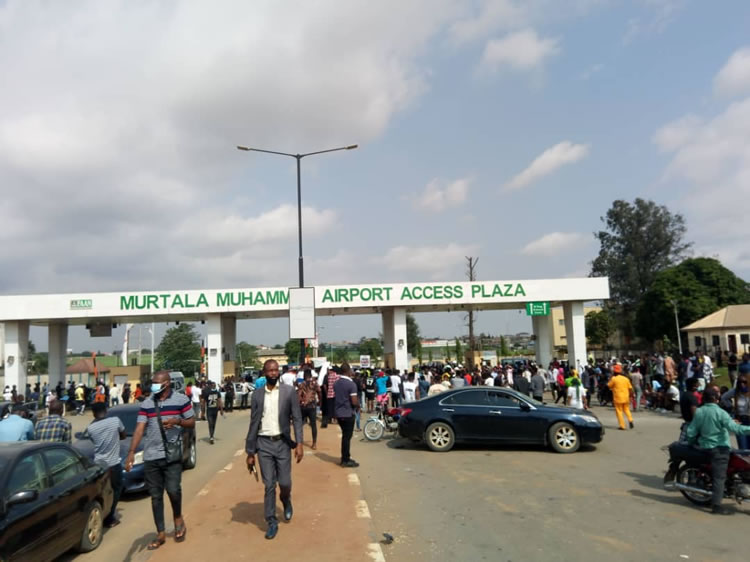 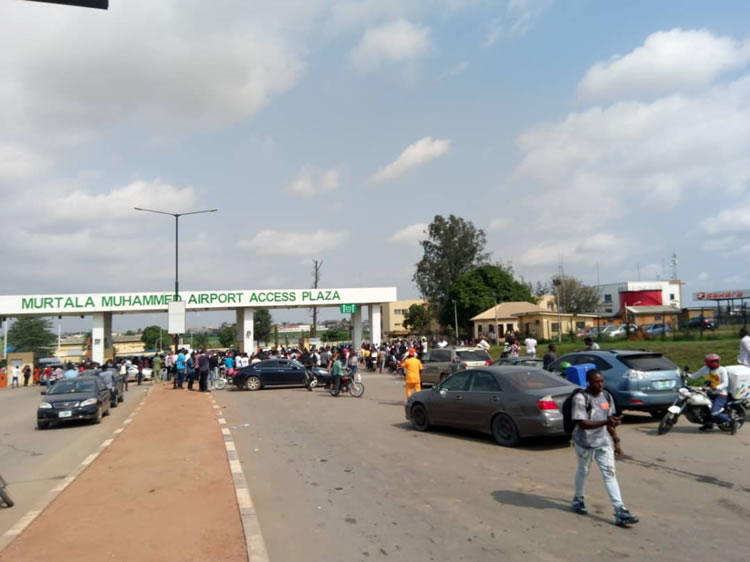 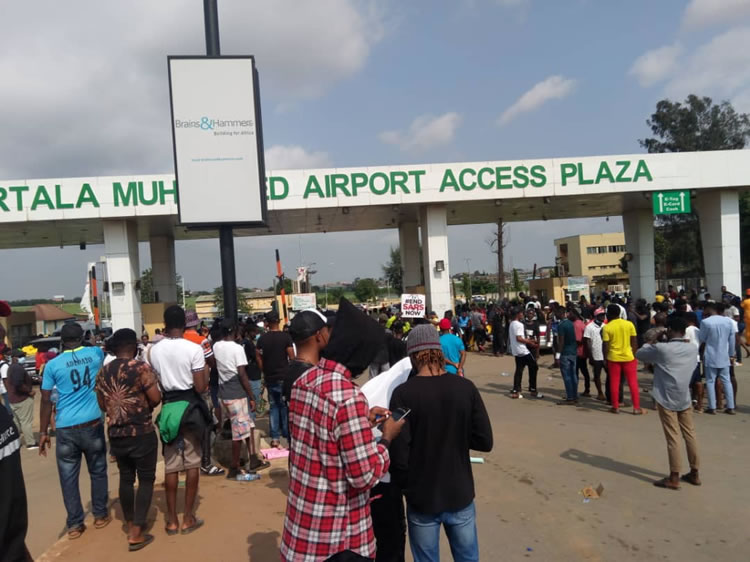 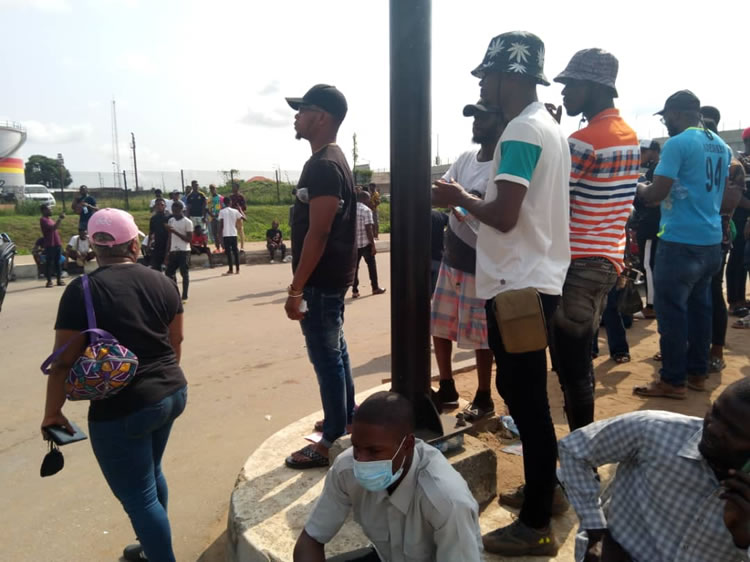 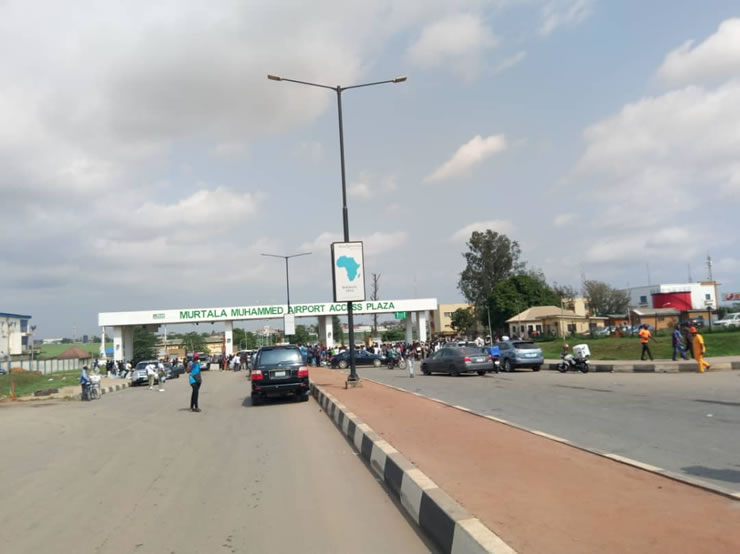