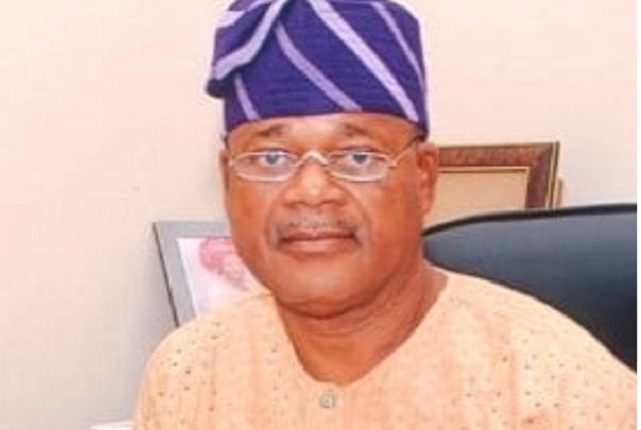 Former federal lawmaker, Hon Kayode Jelili Amusan has said that the government must seize the opportunity of grievances of the youth against police brutality and other acts of bad governance to build a new Nigeria that prioritises good governance and massive youth empowerment that will put a glorious future of the country on a sound footing.

Hon. Kayode Amusan said that no serious nation desirous of a flourishing future would fail to put all necessary machinery in motion to harness the abundant potentials in the youth towards building a virile and prosperous country

The property merchant while speaking to journalists in Abeokuta on Monday disclosed that “it is against this background that strongly advises the government to use the occasion of this youth protest to begin to work for a country we can all be proud of. No more lip service, I think that’s the message of the youth.”

Amusan who represented Abeokuta North/Odeda/Obafemi-Owode federal constituency from 2003-2011 said that as a parent, he was sad and could feel the pains of the defenceless protesting youths mowed down in their prime by soldiers at Lekki Toll Gate in Lagos last week while urging the federal government to investigate “this dastardly act and bring the perpetrators to book.”

He, however, urged the youth to give peace a chance and allow the government to attend to their demands saying that the wanton destruction of lives and properties trailing the protest would do no one any good.

Amusan also commiserated with families of those who lost their lives and properties in the course of the crisis, while praying that God will comfort them and heal their wounds.

The All Progressives Congress (APC) has told a Federal High Court in Abuja, that the Comrade Adams Oshiomhole-led National Working Committee (NWC) was sacked to solve the internal leadership crises rocking the party.It’s time to build  It’s time to build

The party also said that immediately the Caretaker/Extraordinary Convention Planning Committee was put in place after the NWC’s dissolution, the crises that had characterised its affairs were laid to rest.It’s time to build  It’s time to build

His son, Aminu Shehu Idris, confirmed in an interview with the Tribune Online that his late father who was appointed on 15th February, 1975 and spent 45 years in the throne died on Sunday after a protracted illness.It’s time to build