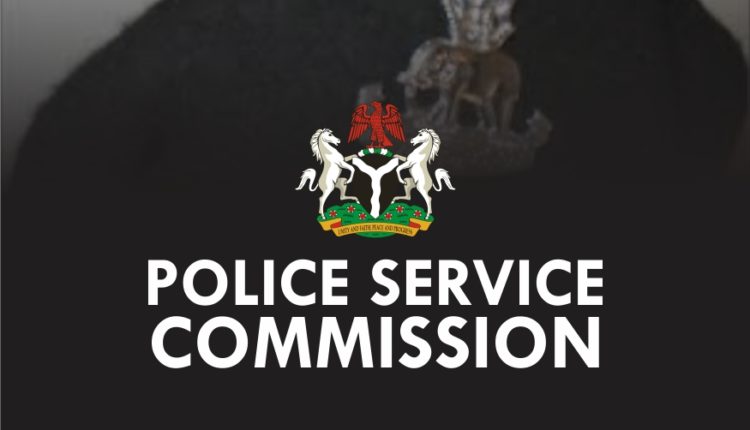 In a statement made available to newsmen in Abuja by its Head, Press and Public Relations, Mr Ikechukwu Ani, the Commission called for restraint as miscreants hijacked the #ENDSARS protests to unleash terror and havoc across the country.

The Commission expressed shock at the level of destructions on innocent Nigerians, public facilities and businesses in the country by miscreants.

It warned that any attempt to force the country into a state of lawlessness would be an ill wind that would blow nobody any good.

According to the statement, “the Commission wishes to reiterate its commitment to holding Police Officers, whether of the defunct Special Anti Robbery Squad (SARS) or conventional, accountable for their actions and inactions and will continue to ensure instant due punishments for misconducts

“The Commission will process and punish all Policemen found culpable by the Presidential Panel on Reform of the defunct SARS. The Panel had concluded its assignment in 2018 but submitted its Report to the Commission on Friday, 16th October 2020.

“The Commission will, however, like to condemn the unprovoked killing of Policemen and women across the country and the burning of Police stations, stressing that the action was barbaric and unfortunate

” It notes that Police Officers are also Nigerians that have sacrificed their lives and comfort for the safety of the citizens and their properties and deserves nothing but commendation, support and encouragement.

“We will ensure that the Police that will emerge in the nearest future will meet the expectations of Nigerians. Nigerians are therefore urged to extend to them the required cooperation and support while Government attends to the basic inadequacies facing the Institution.”