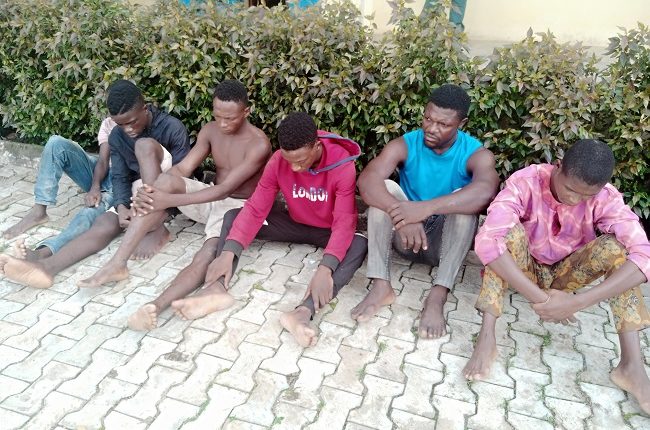 The Ondo State Commissioner of Police, Bolaji Salami, on Tuesday, disclosed that 18 suspects have been arrested in the state, in connection with the vandalism, killing and arson during the #EndSARS protest hijacked by hoodlums in the state.

Salami who disclosed this during a press briefing at the command headquarters in the Akure, the state capital, said the suspect were arrested at different locations within the state and would be charged to court.

He said the suspects who were hiding under the #EndSARS protest to commit their atrocities were arrested in Owo, Akure, Oda division and Ore in Odigbo local government area of the state.

He also disclosed that two police officers were killed during the protest, explaining that one of the officers was killed in Ore town while on a motorcycle while the other one was mobbed and killed in Ondo town and his vehicle set ablaze by the hoodlums.

Speaking on the affected facilities in the state, the Police boss said “some few criminal elements took over the peaceful protest and turned it into a criminal haven to wreak havoc on citizens Police officers, property, both personal and public. 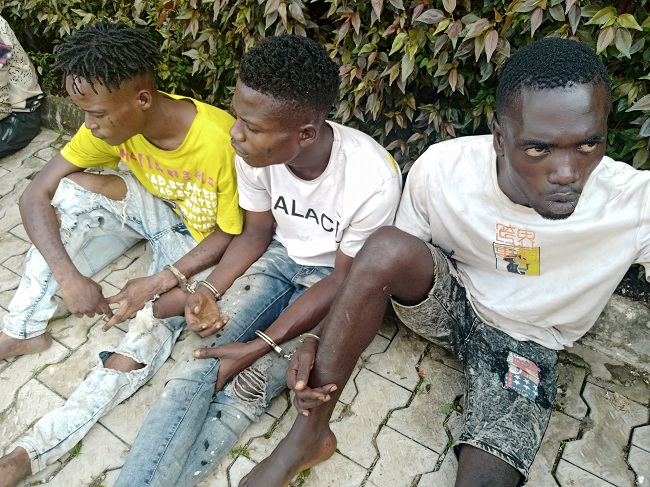 “In Ondo State, there were wide looting, destructions, arson, stealing and armed robbery at various parts in the state.

“The carnage suffered by the Police Command cannot be estimated so fast and so quick. However, for our proactive nature, some of those who perpetrated these heinous crimes are here with us awaiting prosecution

“It is, therefore, my honour to present to you a total number of eighteen (18) suspects who took part in the destruction, looting, aiding and of the escape of detainees, arson, stealing, robbery and killing in various parts of Ondo State, using #EndSARS as cover for their atrocities.”

He listed the suspects to include Adekunle Isaac, Adelusi Oluwaseun, Sunday Tosin, arrested in Owo, while Bukunmi Ayodele, Ani Obinnna, Ogunniyi Kemisola and Ojo Samuel who were arrested in connection with the burning of the APC secretariat in Akure.

Also, Adebusoye Samuel and Sodeeq Abu were apprehended in Ore, while Oforjeke Excel, Adebayo David Dida, Olaiya Daramola, Olu Ajayi, Oguntoyinbo Ayomide and Emmanuel Godwin were said to be responsible for the arson, stealing, malicious damage and stealing of a pistol belonging to the division with eight rounds of ammunition, a magazine loaded with 30 rounds of AK 47. 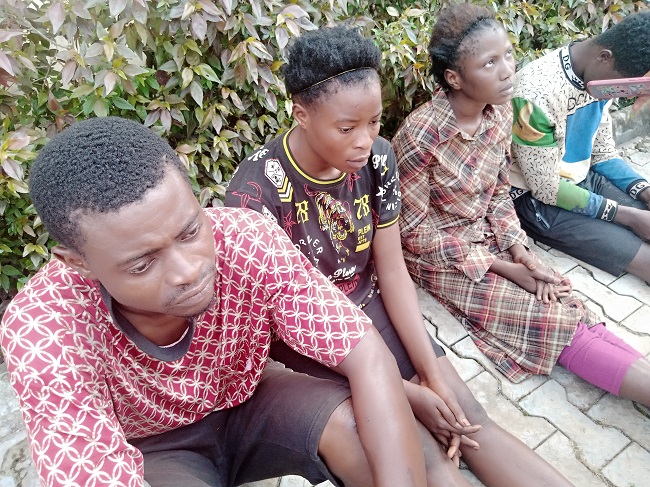 The Police Commissioner also disclosed that three others suspects, Mathias John, Ogunjobi Monday and Ibrahim Olalekan were involved in the assault, stealing and arson and were arrested by the men of the 32 Artillery Brigade in Akure after assaulting a Colonel.

Salami appealed to the people of the state not “to lose faith in the policing architecture of the state under my supervision. I am fully committed to policing you and the entire state with the best of my ability, and certainly with respect to human rights.

“Let us all put behind us the events of the past weeks and focus on our ability to support the Police as it was in the beginning.

“For those who looted our property, burnt our homes, killed our colleagues, denied us the right to decent living, I am glad to say the law is not sleeping and will definitely take its cause on you.”