RazzmatazzEndSARS
By Segun Adebayo On Oct 18, 2020 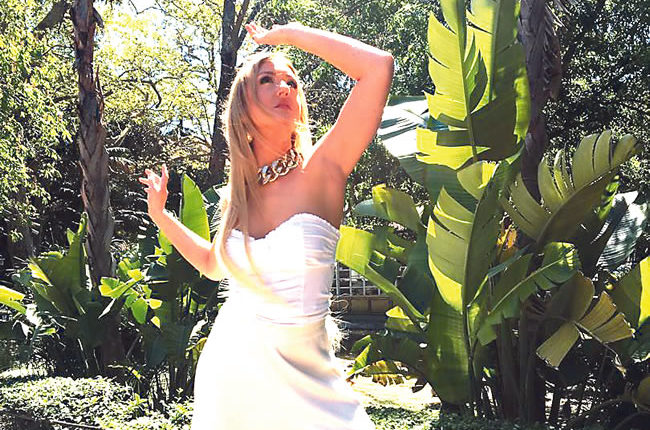 As youths continue to protest against police brutality across the country, fast rising female Afrobeat and songwriter, Hannah Guendemir, otherwise known as Oyin, has commended youths for demanding for the scrapping of the Special Anti-Robbery Squad (SARS) unit of the Nigerian Police, urging them not to give up now that their voices have been heard globally.

Speaking to R about the trending #EndSARS protest, the singer said, “This is a cause in the right direction and I am proud of every Nigerian youth out there using their voices and platforms to kick against injustice of the FSARS. The youths are not asking for too much; dissolve the unit totally from the Police Force unit, prosecute those who have been found wanting amongst others.”

Speaking further, Oyin noted that there was need for the Presidency to give order restricting men of the Nigerian police from arming peaceful protesters who are exercising their fundamental human right.

On her love for RnB music, Oyin said her music contains elements of Afrobeats, AfroHouse, Afropop, Kizomba, Pop and RnB. “I fell in love with Afrobeats even before I knew that it was called like that: The drums, the sizzling and flirting arrangement of traditional African instruments blending with Jazz and Pop, always maintaining a pinch of untamable energy. I feel like the softness of my voice complements with it and adds attractive flavor to the existing sound of Afrobeats.

“As an independent female music artist trying to build up a sustainable career from scratch, I realised at a certain point that I was becoming my own bottleneck trying to write and produce for others and for myself, plus building and strengthening my brand and image every single day. I hope that I will be able to produce more songs in the future again, but for now I decided to focus on being a songwriting artiste and entertainer.”